HANGZHOU, Jan. 2 (Xinhua) -- Thirty officials were punished over a tank blast which killed 20 people and injured 175 others in east China's Zhejiang Province, according to an investigation report. 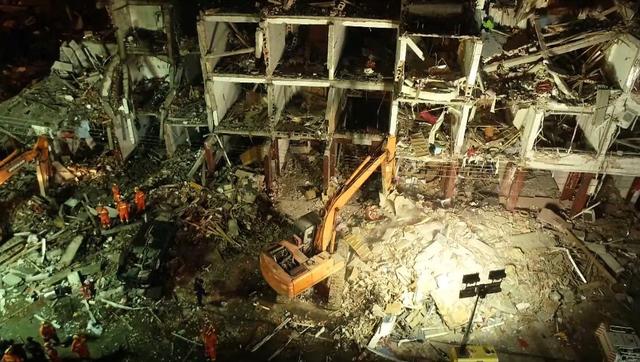 Among the 30, three law enforcement officials of the Rui'an City Transport Bureau and two traffic police officers were removed from their posts. Other officials, including Party chief Ma Shengcong and Mayor Qin Xiao of Rui'an City were given disciplinary warnings, demotions or other penalties, said the report released by the Zhejiang Provincial Emergency Management Department on Thursday.

On June 13, 2020, a tank truck loaded with liquefied petroleum gas exploded near a village in Wenling City on a section of the Shenyang-Haikou Expressway, causing casualties and direct economic losses of 94.8 million yuan (about 14.5 million U.S. dollars).

The accident was caused by the tanker speeding when rounding a curve on the road, said the report, adding that lax safety monitoring and management and operation irregularities of the Rui'an-based company that owned the tank truck were also contributing factors.

Four staff of the company and three other people have been criminally detained for the suspected crime of major accident liability, the investigation report said.