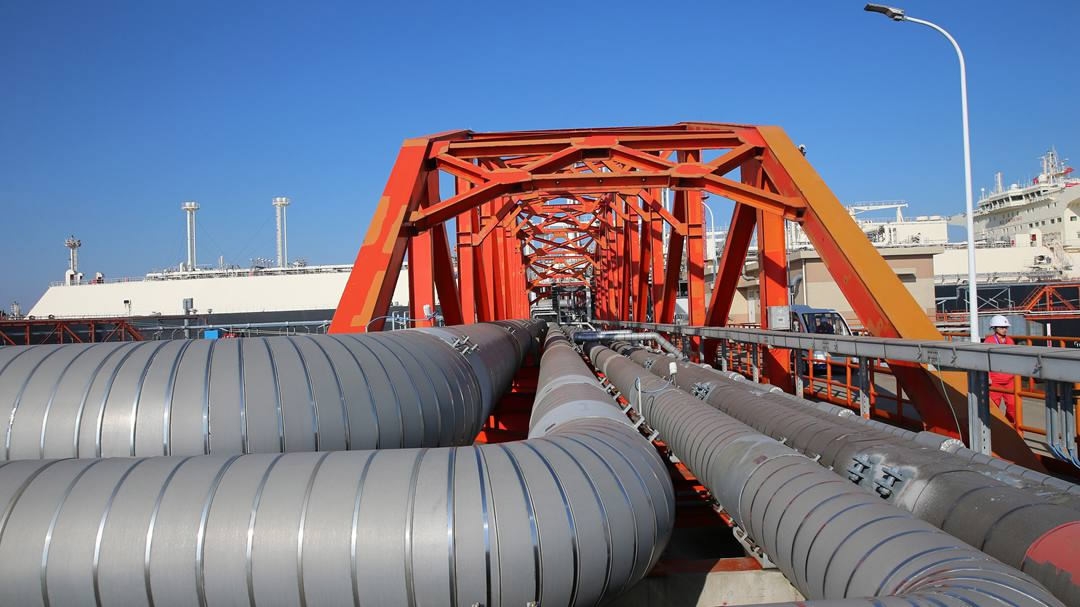 The LNG project, located in a logistics park at Caofeidian port of Tangshan City in northern China's Hebei Province, is the largest LNG terminal project under construction and planning in the Bohai Bay rim area, according to the municipal government of Tangshan.

Construction work is divided into three phases. The first phase is scheduled to be completed in 2022 with an annual LNG transmitting capacity of 7 million tonnes.

The 176-km-long pipeline project starts in Tangshan and ends in Baodi District of Tianjin Municipality to the southwest. Using 1,422-mm-diameter pipes, same as the China-Russia natural gas pipeline, the project is expected to deliver 11.2 billion cubic meters of gas.

When completed, the project will not only meet the increasing demand of natural gas and help air pollution control in the Beijing-Tianjin-Hebei region, but also benefit other inland provinces by connecting with major gas transmission trunk lines, the government said.