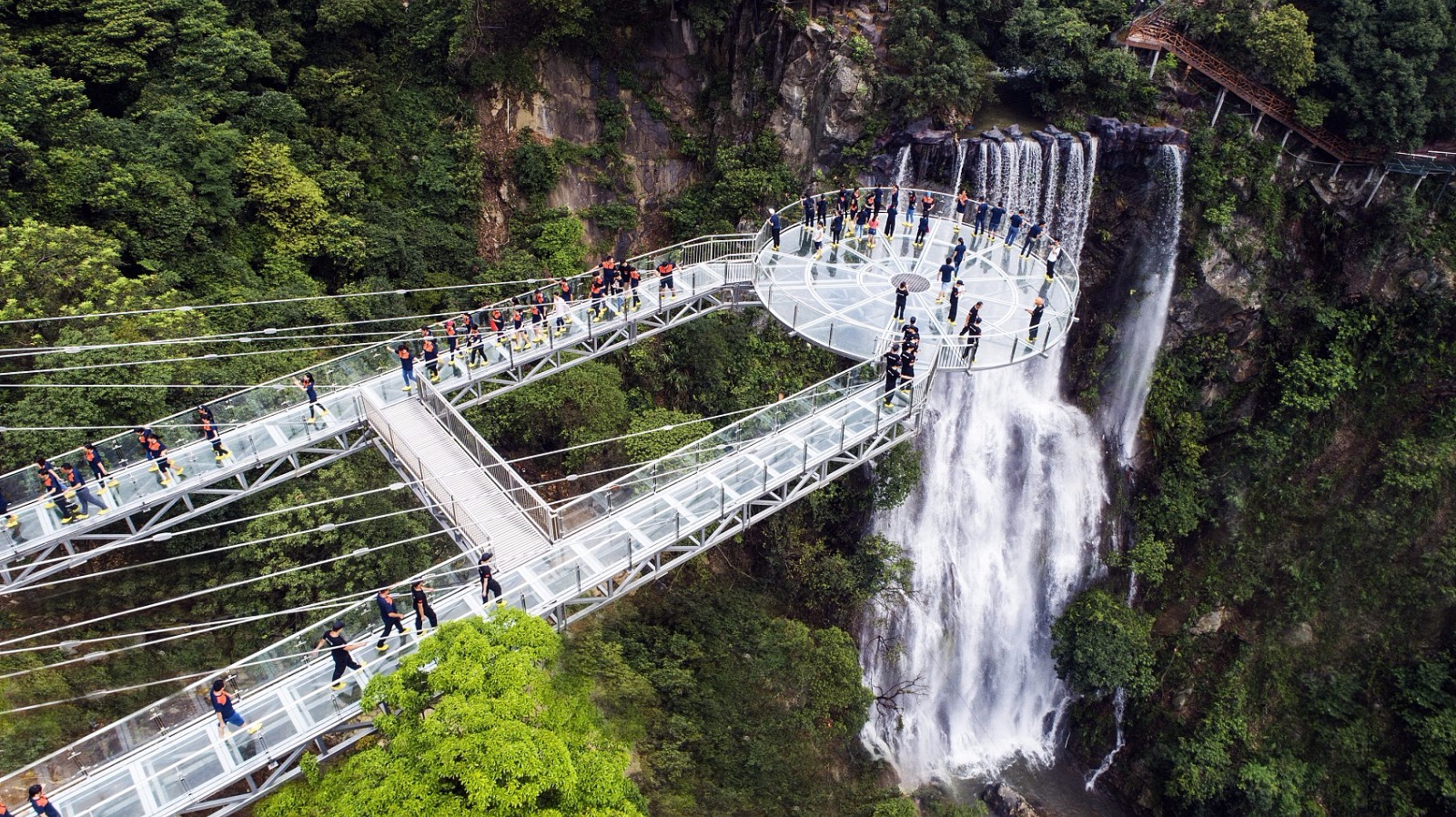 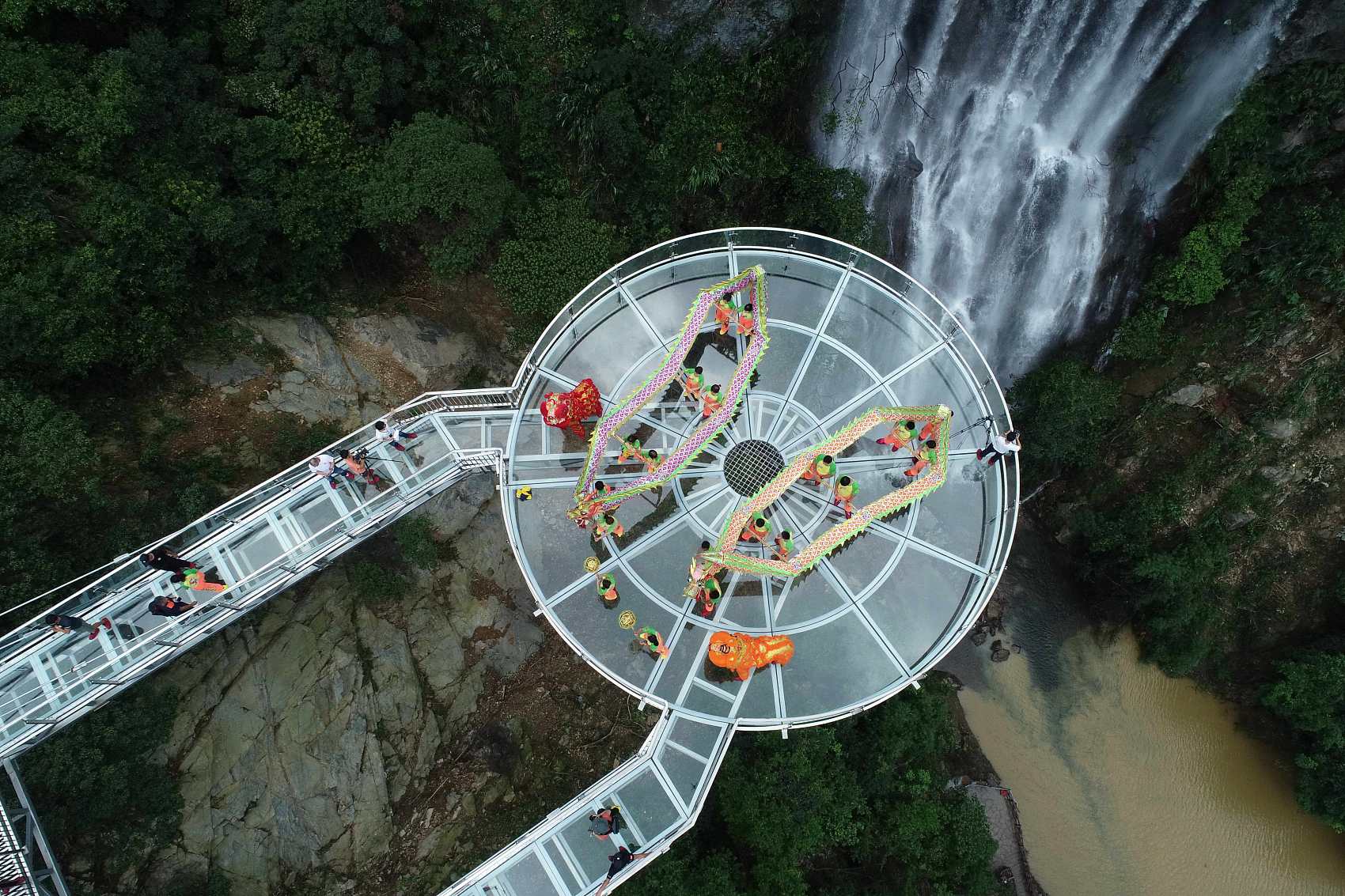 The structure also features a massive circular glass observation deck suspended at the end of the bridge, jutting out 72 meters from the cliff edge. The bridge was announced by the World Record Association as the world's longest suspended glass platform. (Photo: VCG) 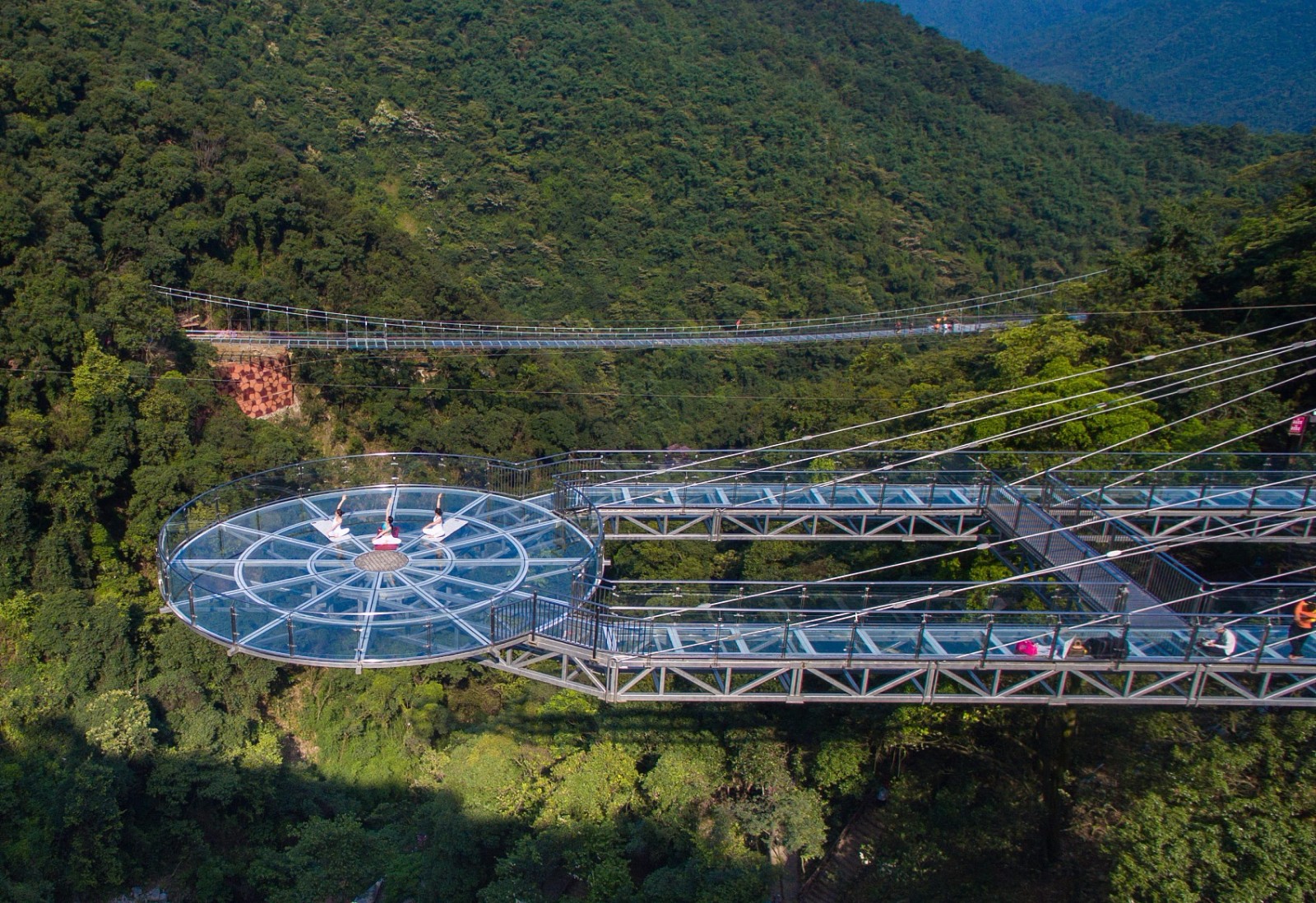 The bridge costs more than 100 million yuan. It was built between the gorges of the original forest, which took more than three years. (Photo: VCG) 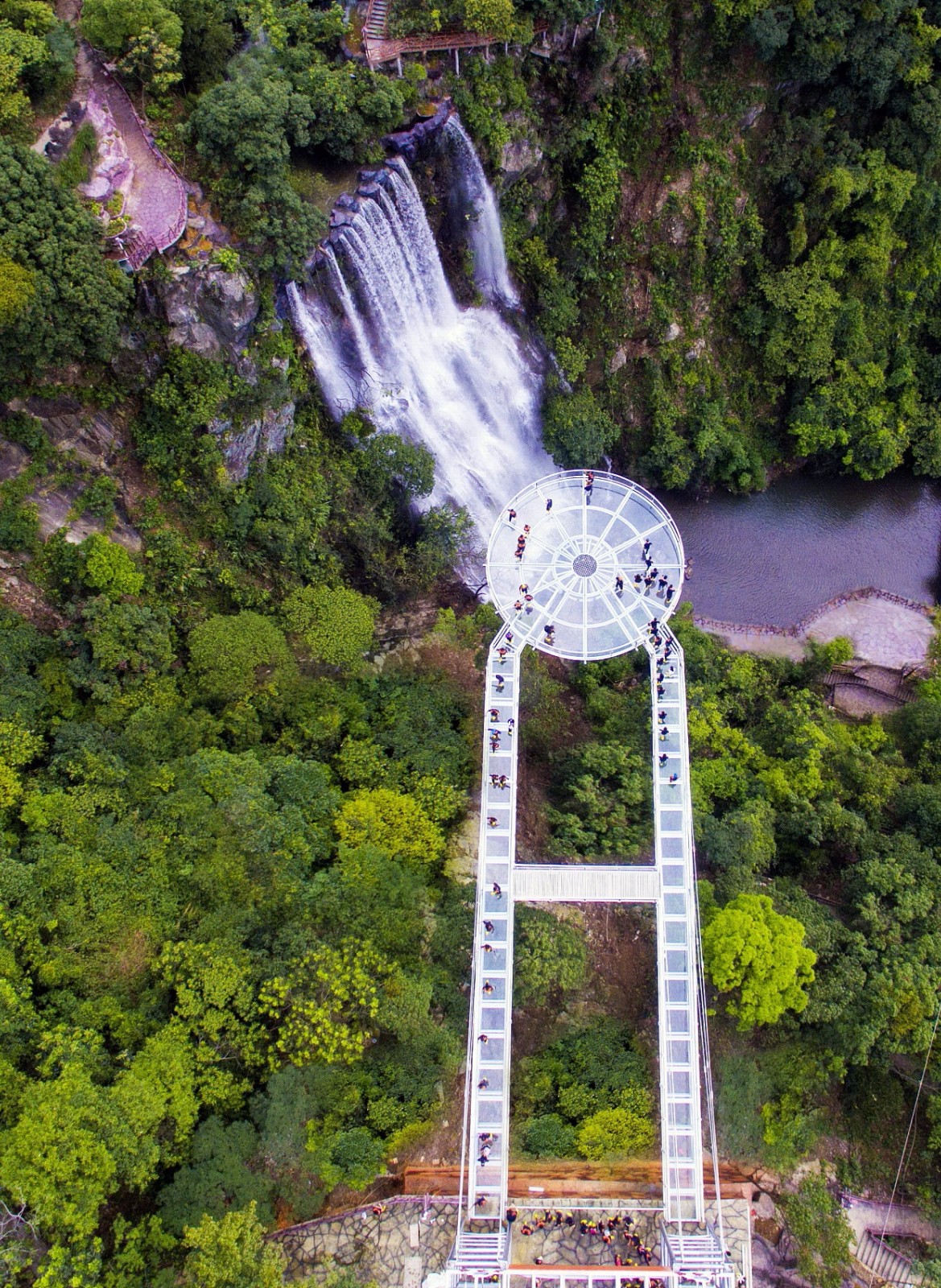 With a total length of 329 meters, an average width of 3.8 meters and a maximum width of 6.8 meters, the bridge deck can accommodate five people in parallel. (Photo: VCG) 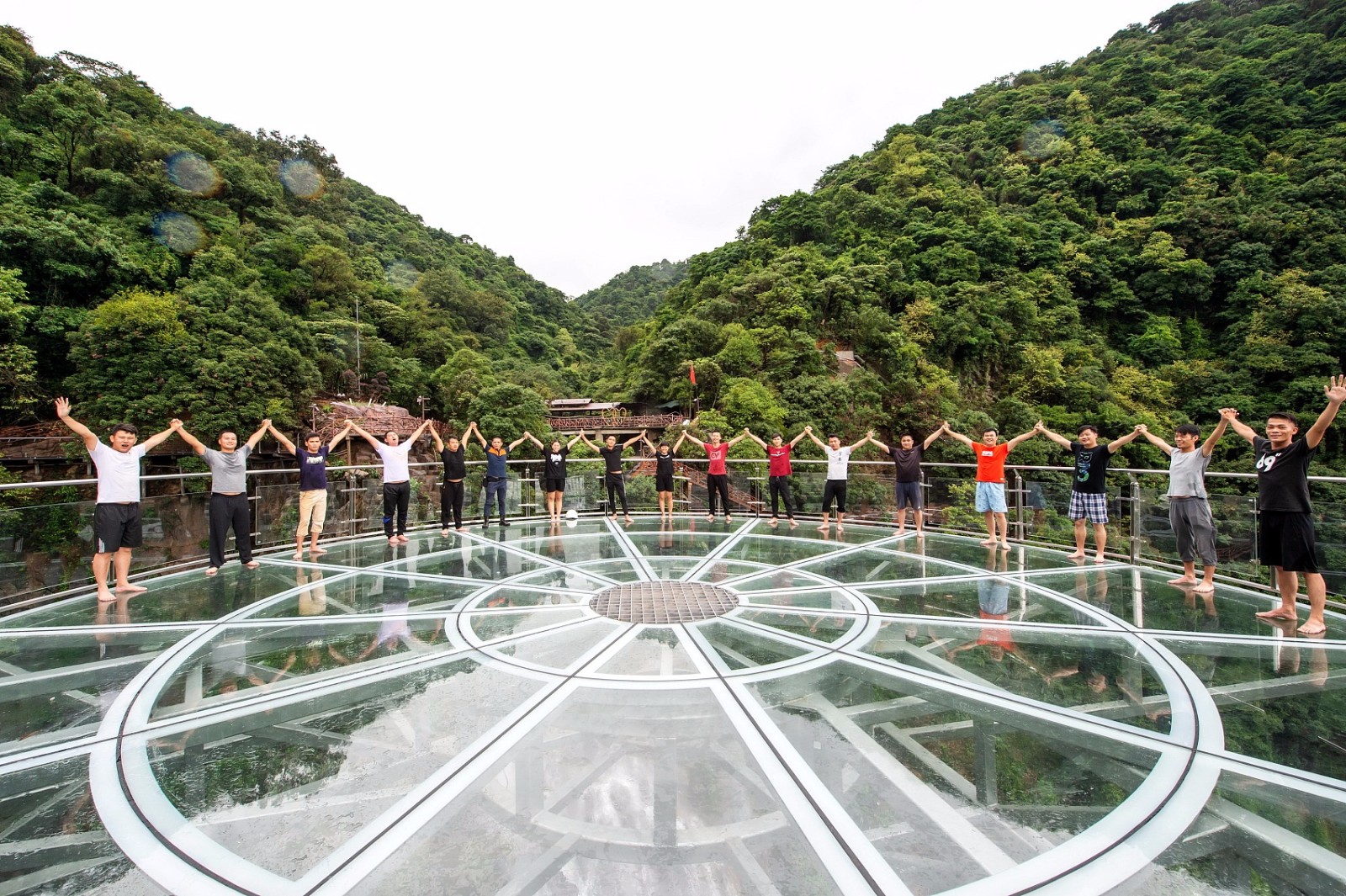 The glass bridge has been tested to have a static load of over 700 people while providing exciting and transparent view for all visitors. (Photo: VCG)