About 3 billion trips are expected to be made during the world's largest annual human migration — the Spring Festival travel rush, according to the National Development and Reform Commission. 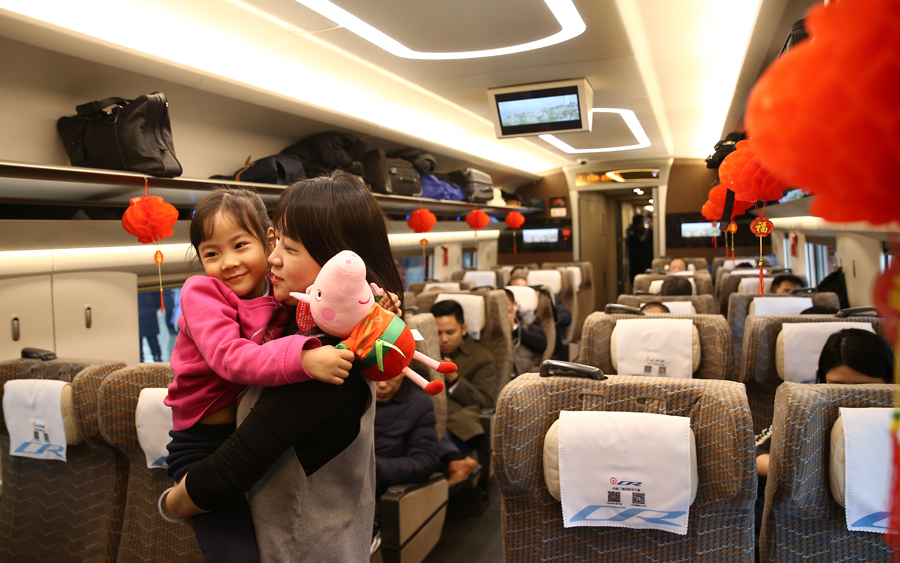 China will take multiple measures to ensure the travel rush is a smooth one, the commission said in a news release on Wednesday.

The upcoming 40-day Spring Festival travel rush is going to kick off on Jan 10 and end on Feb 28. The number of road trips is projected to reach some 2.43 billion, a 1.2 percent drop from last year, while train trips are likely to top 440 million during the period, up 8 percent year-on-year, according to the commission.

Air travel will likely see some 79 million trips, surging 8.4 percent, while boat trips are predicted to hit 45 million, which will see a 9.6 percent year-on-year increase, it said.

Spring Festival, also known as the Chinese Lunar New Year, begins on Jan 25 and is China's most important holiday for family reunions.