CHINA 3D x-rays step from black and white to color

3D x-rays step from black and white to color Medical x-ray scans have long been stuck in the black-and-white, silent-movie era. Sure, the contrast helps doctors spot breaks and fractures in bones, but more detail could help pinpoint other problems. It is predicted that the familiar black-and-white x-ray could soon be replaced with detailed 3D color scans that show everything from fat and bone to metal and soft tissue.

Phil and Anthony Butler, a father-and-son scientist team in New Zealand, created the MARS spectral x-ray scanner by adapting technology used at the European Organization for Nuclear Research (CERN). CERN is famous for hunting for the Higgs boson, also known as the "God particle," with the Large Hadron Collider particle accelerator. 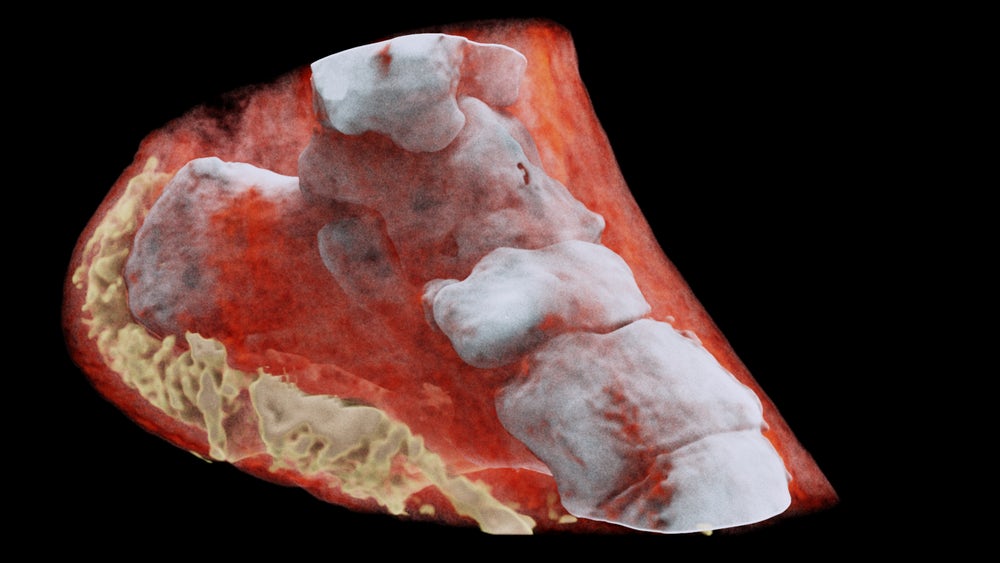 "So far researchers have been using a small version of the MARS scanner to study cancer, bone and joint health, and vascular diseases that cause heart attacks and strokes," Anthony Butler, a radiologist at the Universities of Otago and Canterbury, said in a press release.

The MARS scanner incorporates Medipix chip technology developed at CERN. "The original concept of Medipix is that it works like a camera, detecting and counting each individual particle hitting the pixels when its electronic shutter is open," CERN said in a statement. The technology results in "high-resolution, high-contrast, very reliable images," making it ideal for use in medical imaging.