HANGZHOU - A jade disk which dates back to the Liangzhu civilization more than 4,300 years ago has been unearthed in East China's Zhejiang province. 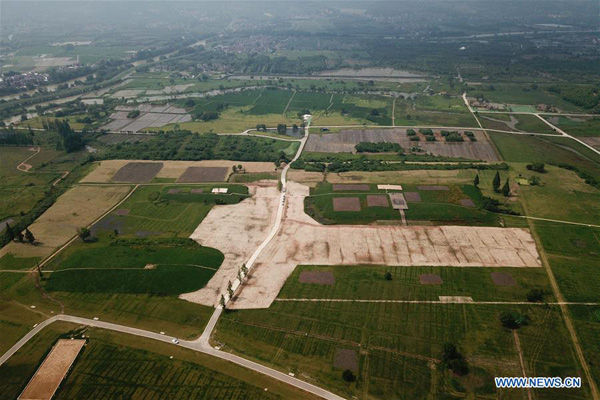 The jade disk, with a diameter of more than 25 cm, was discovered in early July in Linghu township, Huzhou city. It is the largest such artifact discovered in the city, the local cultural relics department said.

Experts have confirmed that the relic belongs to the Liangzhu civilization of ancient China. It was probably made in the late Liangzhu culture about 4,300 to 4,600 years ago. At that time, if a jade disk's diameter exceeded 24 cm, the piece would be considered a large one, said Fang Xiangming, researcher of the Zhejiang provincial institute of cultural relics and archaeology.

Earlier this month, the Archaeological Ruins of Liangzhu city was inscribed to the UNESCO World Heritage List as a cultural site, bringing the total number of Chinese sites on the list to 55.

The Liangzhu ruins, located in Zhejiang province, have gained the world's recognition as a testimony to the existence of at least 5,000 years of Chinese civilization.