CHENGDU, Aug. 18 (Xinhua) -- Four bodies have been retrieved from Wednesday's rock collapse site on the Chengdu-Kunming railway, a major rail line in southwest China, said a source of the emergency rescue headquarters Sunday. 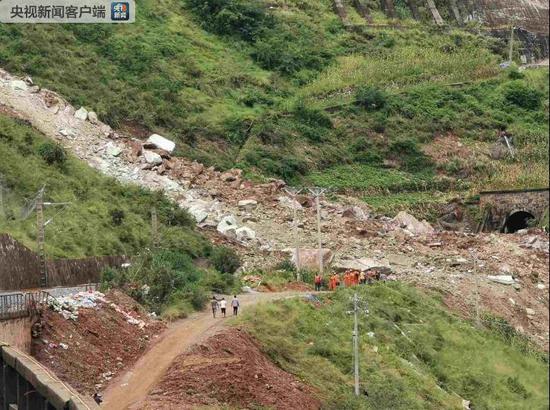 The rock collapse took place at around 12:44 p.m. Wednesday on the Chengdu-Kunming railway's section in Ganluo County, Yi Autonomous Prefecture of Liangshan, Sichuan Province, where 17 workers were repairing the railway damaged in an earlier landslide, causing disruption of the major railway line's operation again.

The dead bodies were presumably those of the railway repairing workers who were unaccounted for after the accident.

The local government and railway department have sent 750 rescuers, together 52 units of mechanical equipment, 18 drones and life detectors, to search for the missing after the accident happened.

The local public security department is verifying the identities of the dead.