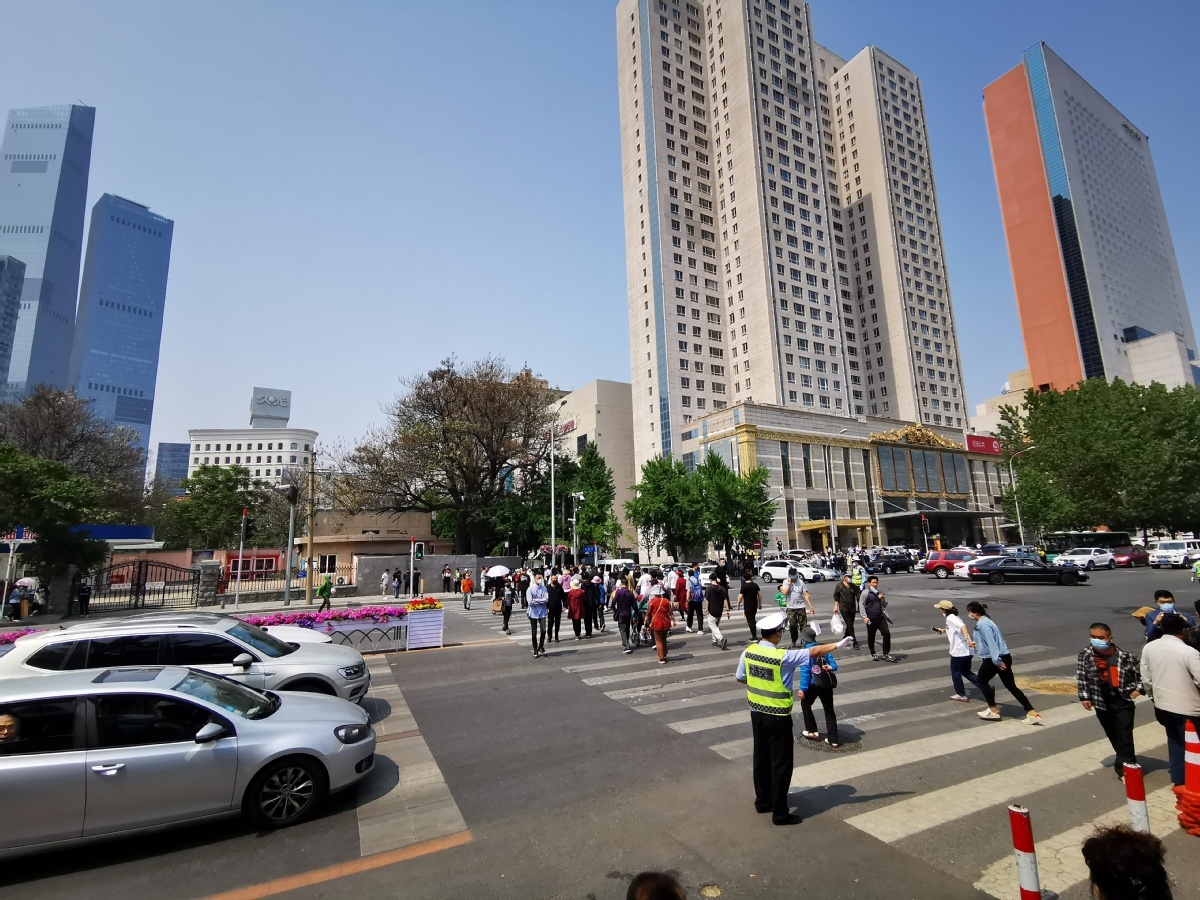 Traffic resumes at the site of a fatal car crash in Dalian, Northeast China's Liaoning province, on May 22, 2021. (Photo: China Daily)

Four pedestrians were killed and three injured in a hit-and-run car crash at a crosswalk in downtown Dalian, Northeast China's Liaoning province, on Saturday near noon, local police said.

The tragedy happened when a black car hit people in a crowd crossing the street at about 11:47 am and left the scene, Dalian traffic police at 2:10 pm said the driver in the hit-and-run incident, surnamed Liu, 31, had been arrested and the case is being processed.

According to the police, after the accident, relevant departments of the local public security bureau immediately launched an emergency plan to handle the situation.