Four people were killed and 47 others were wounded in a gas explosion at a restaurant in Shenyang, northeast China's Liaoning Province, on Thursday, local authorities said. 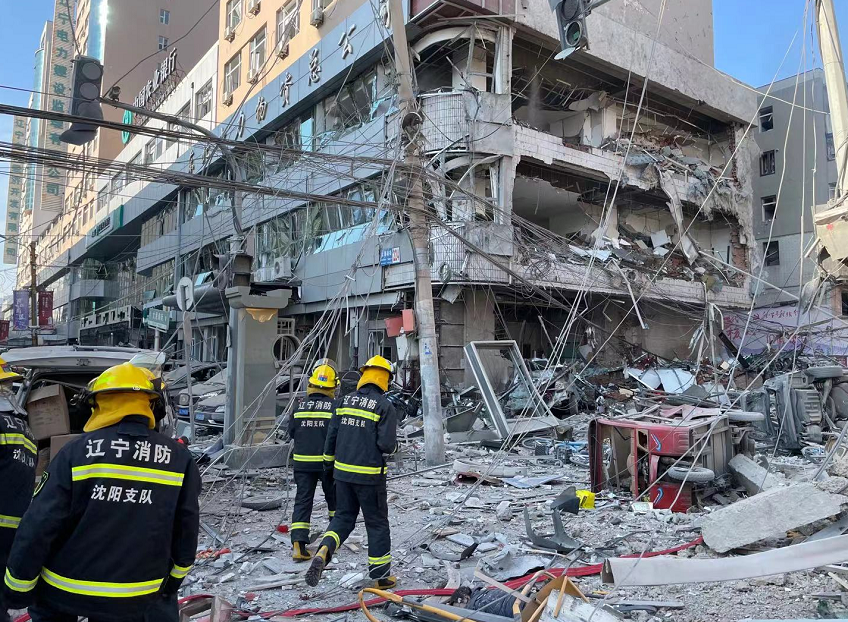 All the injured have been hospitalized. Over 100 firefighters were mobilized for the rescue operation at the scene.

Officials are investigating the cause of the blast, which happened at around 8:20 a.m.

Video footage shared online shows the massive destruction of a three-story building, with debris littered across the area and nearby buildings affected. Cars parked near the restaurant were also damaged.

Witnesses have described the blast "as if a bomb was dropped."

"There was a loud boom. I was almost blown away," said the owner of a nearby noodle restaurant, who was about 50 meters away from the scene of explosion on his way to work this morning.

He told China Newsweek that the explosion left a mess with shattered glasses and dust everywhere. His own business was also badly damaged.

The noodle restaurant owner said he saw a passing bus with its windows completely shattered and dozens of wounded people in the street, who continued to be carried onto ambulances.

It is not yet clear whether this was connected to the explosion.

The gas company has reportedly sent workers to the scene to cooperate with the investigation and said an official announcement will be made.