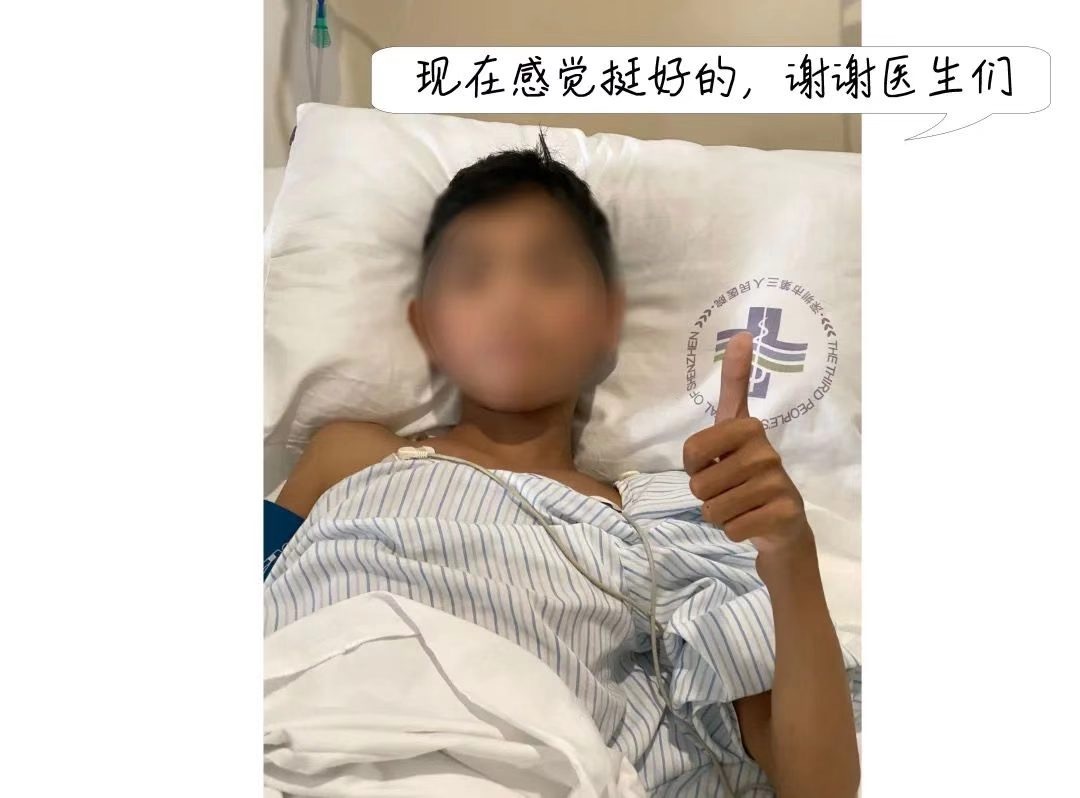 A photo shows Xiaoyu recovering in bed after the surgery. (Photo: WeChat account of the Third People's Hospital of Shenzhen)

A 15-year-old boy from the city of Maoming, South China's Guangdong province, hospitalized due to chronic renal failure, was saved by an unexpected kidney donation.

The boy, alias Xiaoyu, was diagnosed with the illness in the uremic state at a local hospital in July 2020 and had to undergo dialysis, which helped stabilize his condition.

A kidney transplant is the best option for pediatric and adolescent patients with the disease at this stage, so Xiaoyu's parents took him to the Third People's Hospital of Shenzhen for a kidney transplant.

But finding a suitable donor was no easy matter.

As the family waited desperately for a suitable donor over the months that followed, an unexpected turn of events brought them a very special donor in September.

The kidney to be transplanted came from an infant girl, alias Qiqi, who was only 4-month-old.

She was left brain-dead following an accident and her family donated her kidneys.

The surgery posed various challenges, partly because of the age difference between the infant donor and teen recipient, which led to a difference in the size of kidneys, blood vessels and ureters. The girl's kidney was only 5 centimeters long, roughly the size of a dove egg.

Doctors took the en-bloc approach for the surgery, transplanting the two small kidneys, to the recipient, to tackle the challenge.

The operation, which lasted nearly 10 hours, was successful and the kidneys are expected to grow to normal size in three months.

After hearing the surgery was a success, Xiaoyu's father was in tears and expressed sincere gratitude.

"I really want to express my gratefulness and gratitude to the family of the donor. Thank you for giving Xiaoyu another chance to live. And thank you to all the medical staff. Thank you very much!" Xiaoyu's father said.