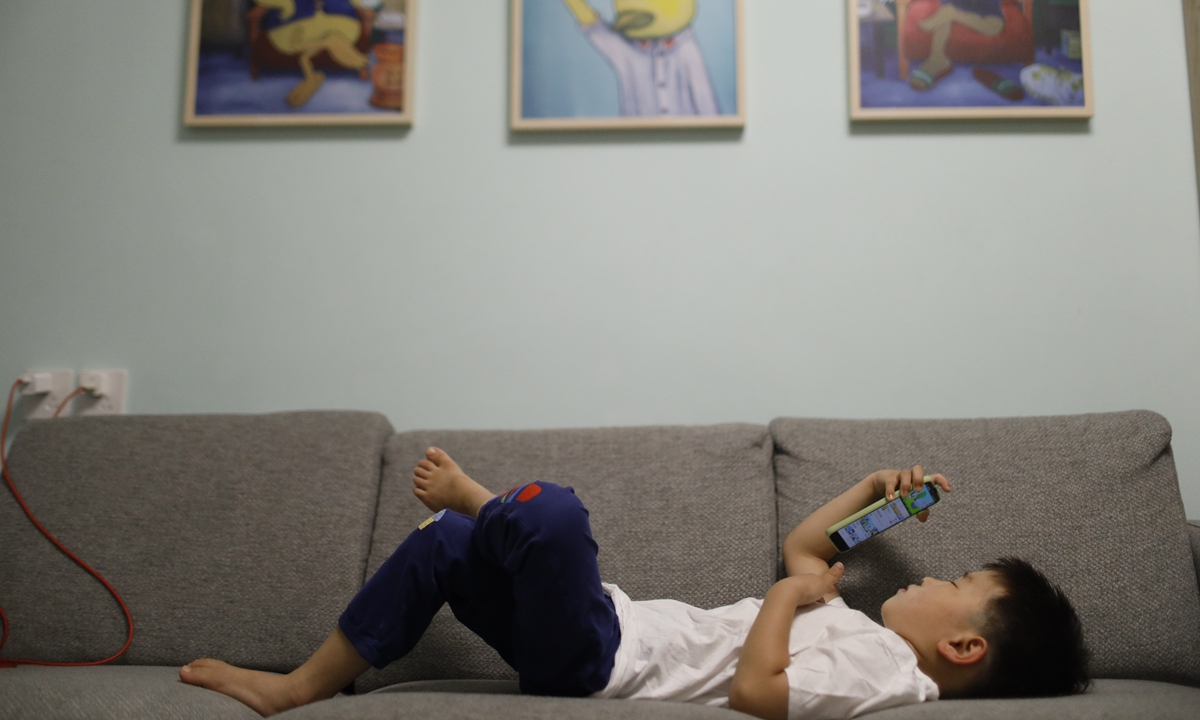 More than 40 percent Chinese parents believed their children are "addicted" to mobile devices, according to a latest survey released on the Children's Day, which concluded that social media contributed to children's friendships, but hurt family relationships to some degree.

Chinese children aged 10 to 17 on average spend four hours and 36 minutes on mobile devices during the COVID-19 epidemic, two hours and six minutes more than before, according to a report released by Beijing Answer-Child Markets Consulting Ltd Co sent to the Global Times on Monday.

According to the report, 31 percent of parents who participated the survey thought their children spend too much time on mobile devices, while 43.5 percent believed the children and teenagers are "addicted."

On average, Chinese children and teenagers use 2.51 social media apps, among which WeChat, QQ and Douyin, the Chinese version of Tik Tok, are the most popular ones.

The survey also found 23.5 percent of children and teenagers said that they "always try to reduce time on mobile devices," and 41.5 percent of them sometimes do so.

The report surveyed 1,208 parents on young children and teenagers' use of social media from village-level to first-tier cities.

The older the children, the more they would communicate through social media platforms. Children in big cities are more inclined to communicate online.

Using mobile devices could help children and teenagers develop friendship, the report said, but their family communication, relationship and activities are affected.