CHINA 40 percent of students are back in school

40 percent of students are back in school 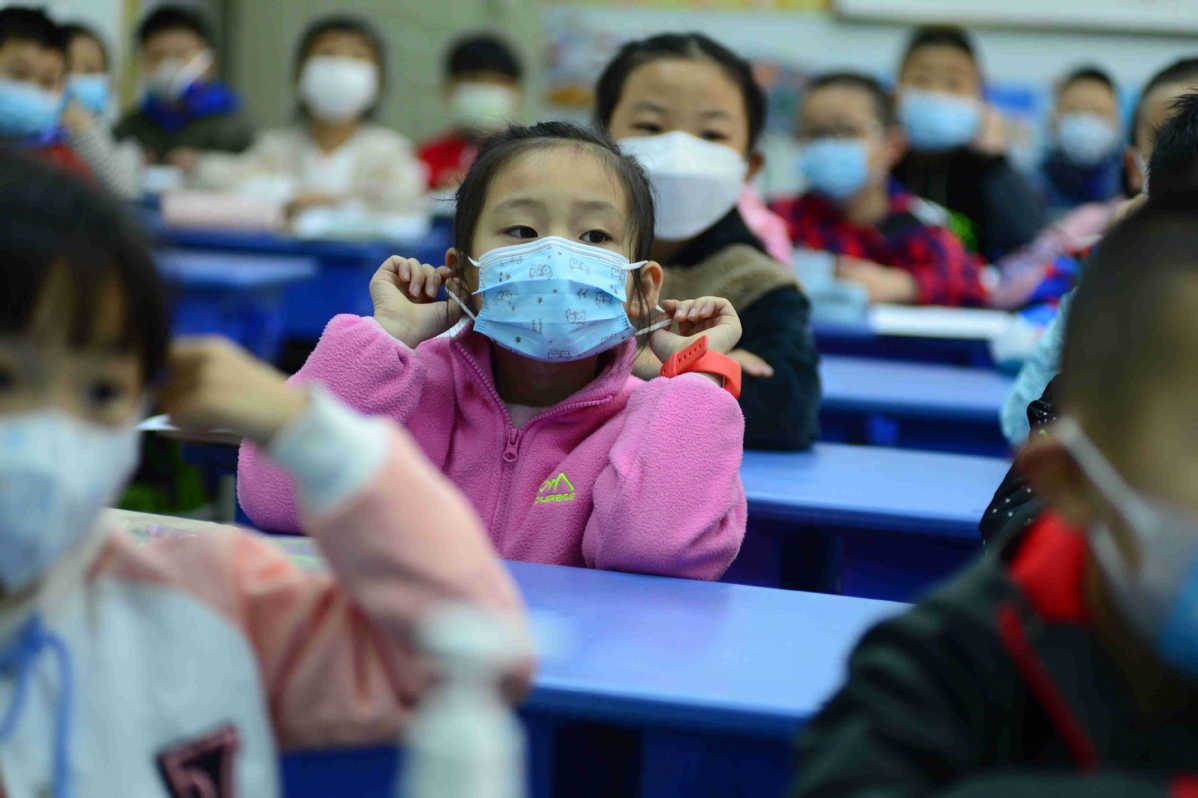 Education authorities are continuing to reopen schools, with nearly 40 percent of students nationwide having returned to campuses so far, senior officials said at a news conference on Tuesday.

According to data given by the Ministry of Education, about 108 million students resumed studies nationwide, 2.9 million of whom are college students.

Moreover, universities in 26 provinces and regions are reopening to students. Only those in five provincial-level areas－Beijing, Hebei, Shandong, Hubei and Heilongjiang－remain closed.

Wang Dengfeng, director of the ministry's sports, sanitation and arts department, said at the conference that all senior high schools have reopened, welcoming back about 21.6 million students. Around 3.27 million vocational school students in 24 provinces and regions have also returned.

He said that the ministry will continue to enhance control and prevention efforts against the COVID-19 pandemic to ensure student safety.

"We will classify every single person accurately－for example, those who have returned from overseas, people released from hospitals, asymptomatic cases and those from areas with high risks of infection－to make sure that everyone entering the campuses is healthy," Wang said.

He also said that more strict prevention measures will be taken at campuses.

"We now have very specific regulations over social distancing among students and teachers and are endeavoring to set up a mechanism to supervise their health conditions and to trace their attendance."

In addition to the resumption of schools, the ministry is also stepping up efforts to help college graduates find jobs－especially those from poverty-stricken areas－since the job market was disrupted by the epidemic.

According to the ministry, there are 132,900 college graduates from 52 counties that have yet to be lifted from poverty, among whom 45,500 are in poor financial condition.

"We recognize the employment of these students as the priority of our work, and more help and preferential policies will be given to them," said Wang Hui, the ministry's director of college students department.

He added that to better relieve students' pressure of finding jobs, the ministry will expand enrollment of postgraduates by 189,000 this year.

An additional 322,000 college students will be recruited from vocational schools, with those willing to learn preventive medicine, emergency management, nursing for seniors and e-commerce enjoying enrollment privileges.