For the 400,000 senior high school students in Central China's Hubei Province who are sitting this year's college entrance examination, or gaokao, their path to this destiny-changing opportunity has been especially challenging. 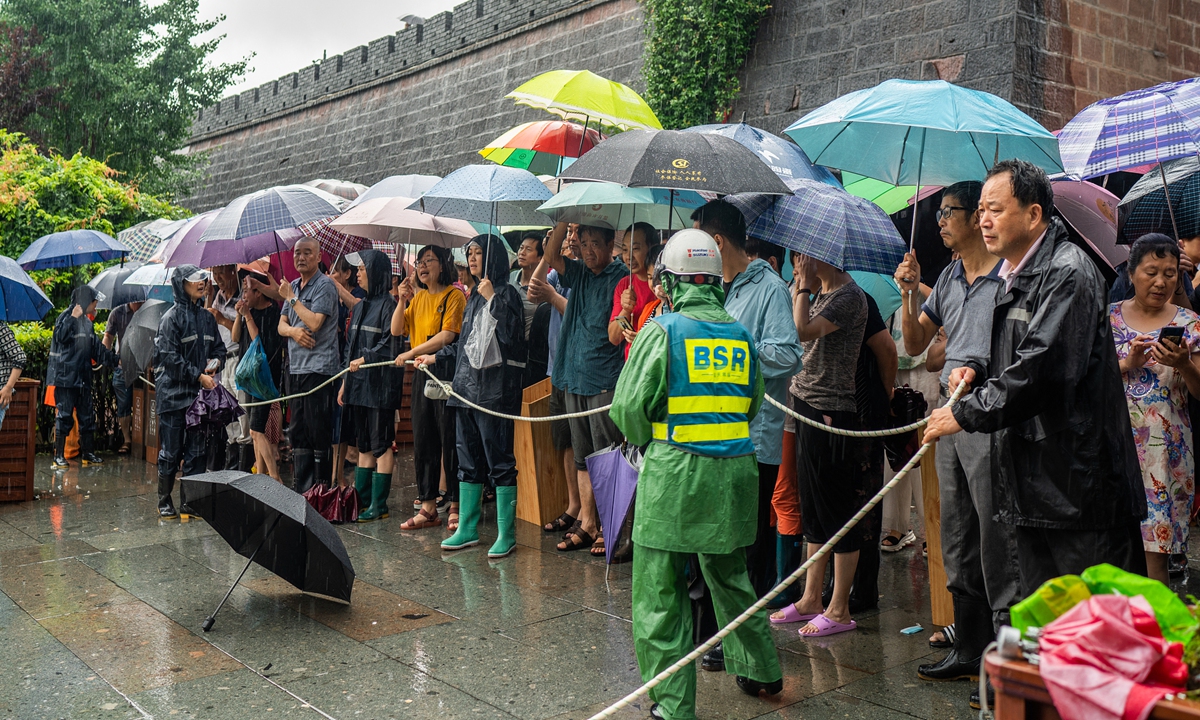 Parents of students taking the national college entrance exams (gaokao) wait outside the exam site on Tuesday in Shexian county in Huangshan, East China's Anhui Province. Local authorities canceled the Chinese language and mathematics tests on the first day of the exams this year due to heavy rainfall. (Photo: VCG)

They were born when the SARS outbreak emerged in the country, their hometown was the worst hit by novel coronavirus which interrupted their preparations for the most important exam in their life, and on the first day of that exam, they had to wade through floods and heavy rain to get to their examination rooms.

Wuhan, where the coronavirus was first identified, has been deluged by heavy rain since Monday, with local media reporting it as the heaviest in four years in terms of duration and intensity.

Several other cities in the province, including Jingzhou and Huangshi, also reported torrential rains on Tuesday continuing on into Wednesday, the two-day gaokao period.

Photos and videos circulating online showed parents holding umbrellas waiting outside schools for their children in Wuhan. Some volunteers carried students on their backs through waterlogged streets so they could get to school.

Several gaokao candidates reached by the Global Times in Wuhan said they had prepared for the heavy rain, and they will not let it affect their mood or their performance in the exams.

A mother of a gaokao candidate in Wuhan surnamed Zhang told the Global Times on Tuesday that she accompanied her son to the examination center on the subway to avoid possible traffic jam, and said she worried the rain may cause temperature abnormalities, but luckily everything went well.

A father of a gaokao candidate in Zaoyang surnamed Hao told the Global Times on Tuesday that he believed this year's Hubei candidates have suffered extreme difficulties.

"But the local government did a good job in arranging buses to transfer students to schools in the rain and arranging hotels where they could rest," Hao said.

He believed that Hubei was not defeated by the coronavirus, and that Hubei's young people will win the gaokao to achieve their dreams.

Not just Hubei, provinces including East China's Anhui Province have also experienced torrential rains, and Shexian county in Anhui rescheduled Tuesday's gaokao, as most students were unable to reach their exam venues on time.

China on Tuesday upgraded its emergency response for flood control from grade four to grade three, the third-highest of the four-tier system.

On Chinese social media, many netizens sent their best wishes to this year's gaokao candidates, especially those in flooded regions. 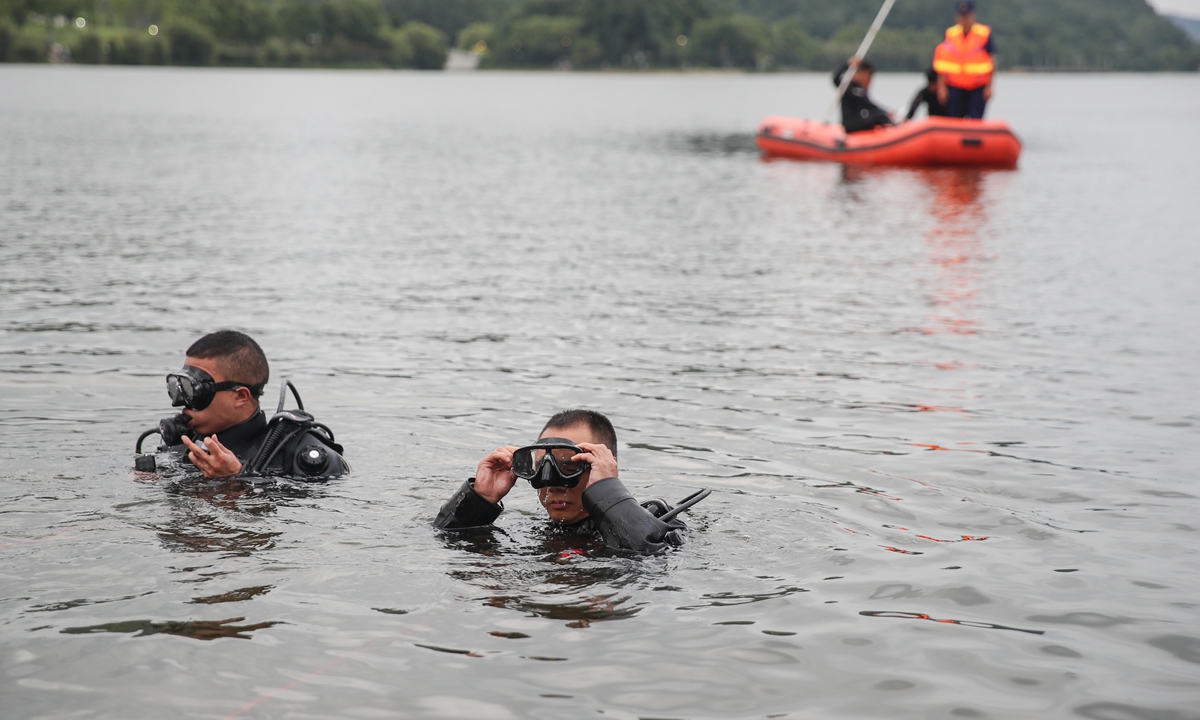 Divers came to rescue on Tuesday after a bus carrying unspecified number of passengers crashed into a local reservoir in Anshun, Southwest China's Guizhou Province on Tuesday around noon. As of 10 pm Tuesday, 37 have been found and 21 of them died. Twelve of 37 found have been identified to be students,  five of whom died. (Photo: cnsphoto)

"For those who were born during the SARS outbreak and made it through torrential rains to the gaokao, they must have a promising future as you made it through so many difficulties this year," commented one netizen in a post that received thousands of likes.

Unfortunately, some students may not be able to witness their gaokao results. A bus carrying an unspecified number of students crashed into a local reservoir in Anshun, Southwest China's Guizhou Province on Tuesday, the first day of the college entrance exam, killing at least 21. China Central Television reported that several gaokao candidates were also on the bus.