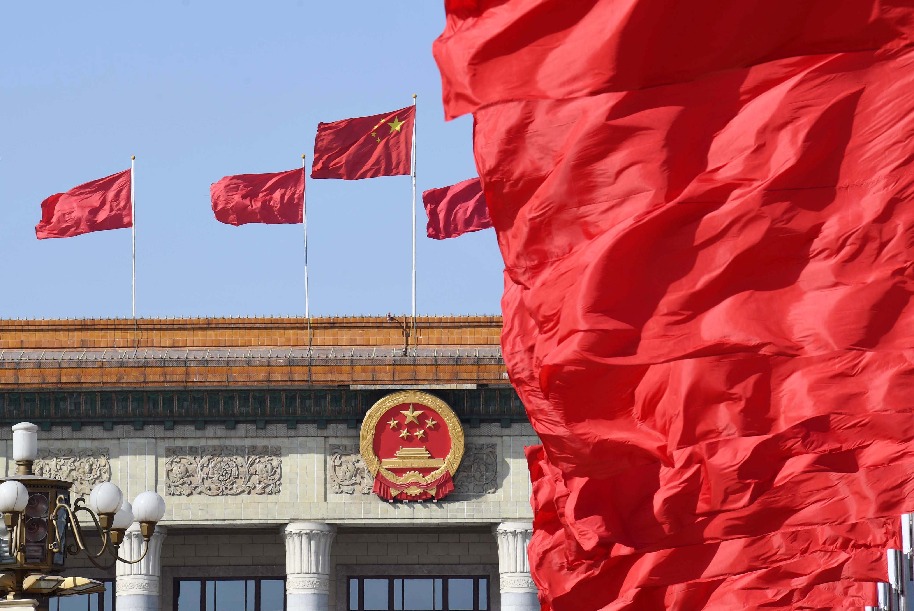 Flags fly at the Tiananmen Square in Beijing, capital of China. (Photo: Xinhua)

BEIJING, Sept. 8 (Xinhua) -- An exhibition of nearly 400 photos and short videos reflecting the changes of the country and individuals over the last 70 years opened Sunday at the Minsheng Art Museum in Beijing.

The exhibits are selected from works submitted by people from all walks of life and different ethnic groups to mark the 70th anniversary of the founding of the People's Republic of China.

A campaign was launched in January to invite members of the public to contribute works that showcase the development of the country as well as the changes in people's lives over the decades.

The exhibition was jointly held by several agencies including the Publicity Department of the Communist Party of China Central Committee, the Ministry of Education and the Ministry of Culture and Tourism.