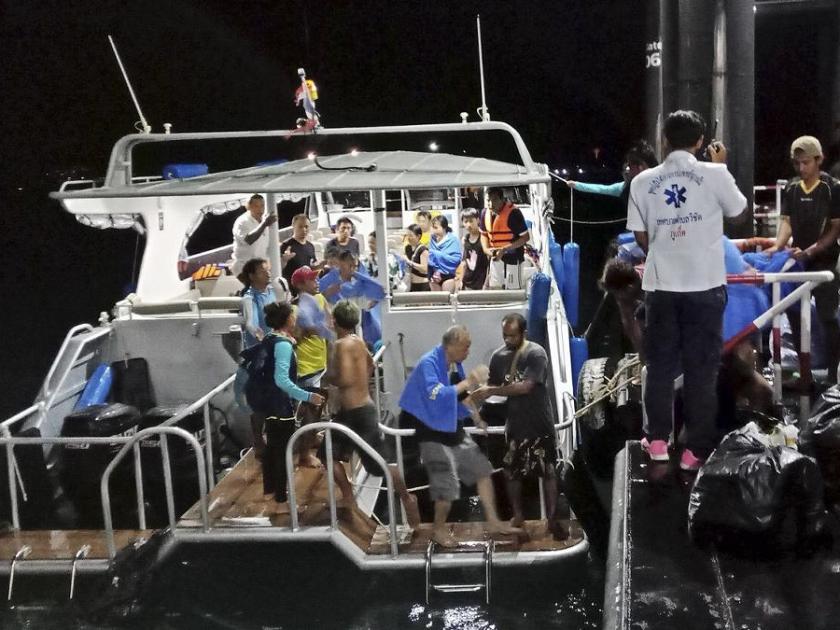 Rescued tourists from a boat that sank are helped onto a pier Thursday, July 5, 2018, on the island of Phuket, southern Thailand (Photo: AP)

Bangkok (People's Daily) - The death toll from the sinking of a tourist boat off Thailand's Phuket island has risen to 41, and 15 people are still missing, Thai Government Public Relations Department said on Saturday.

Thailand‘s prime minister has expressed his condolences to the families of those killed in a boat tragedy on the resort island of Phuket.

In a statement issued Friday, Prime Minister Prayuth Chan-ocha urged the government to “exercise all efforts to find those missing and make appropriate arrangements for those rescued and injured in this tragic event”.

A rescue command center has been set up and Phuket governor Noraphat Plodthong was appointed a leader, the PM said, emphasizing that the cause of the accident should be found out as soon as possible.

Privacy of the victims was maintained and photos of bodies were prohibited from being shared, according to the PM.

Thailand has deployed 800 rescue forces to search for the missing Chinese tourists, the governor added.