SHENYANG, May 29 (Xinhua) -- All 413 members of the eighth Chinese peacekeeping force to Mali have been awarded the United Nations Peace Medal of Honor, in recognition of their outstanding contributions to peacekeeping operations. 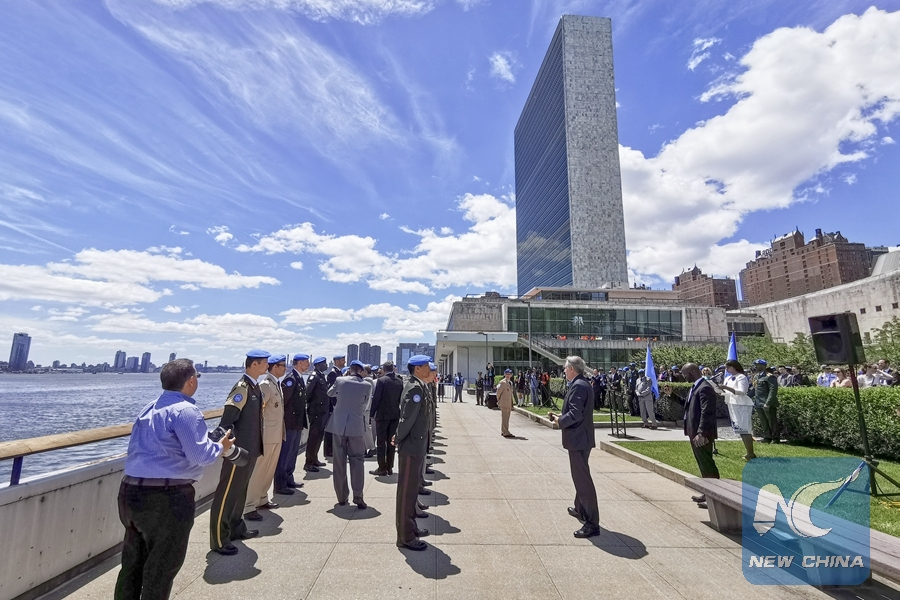 Since its deployment in July 2020, the Chinese peacekeeping force has successfully accomplished a series of missions assigned by the United Nations Multidimensional Integrated Stabilization Mission in Mali, including armed patrols, constructions and medical support.

The eighth Chinese peacekeeping force to Mali consists of a guard detachment, an engineer detachment and a medical detachment.

The medal award ceremony was held at the camps of the three detachments separately due to concerns over the COVID-19 pandemic.