The Global Times learned from a Chinese medical team and overseas Chinese in Uganda that the 47 Chinese workers who recently tested positive for COVID-19 are long-term workers in Uganda and had not been vaccinated. This is a slap on the face of some pro-secessionist media on the island of Taiwan, which are hyping the failure of the Chinese mainland vaccine on these workers. 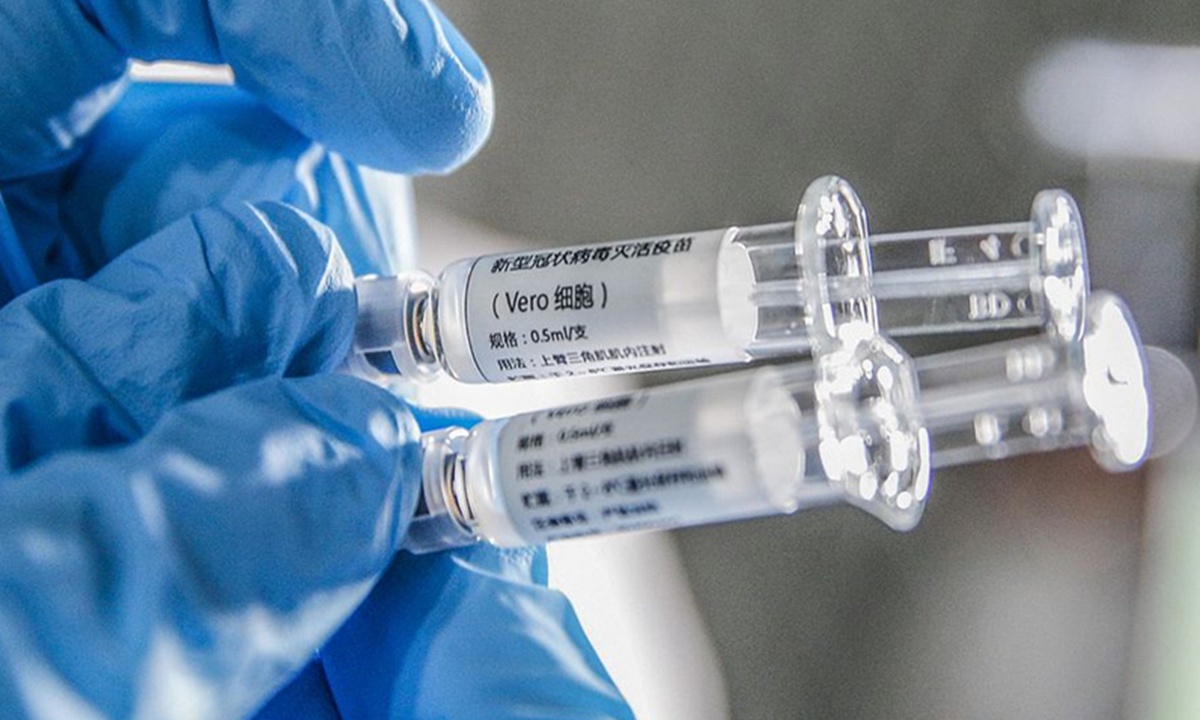 The Chinese Embassy in Uganda on Saturday announced that 47 Chinese workers for a project in Uganda contracted by an Indian company have tested positive for the coronavirus, with some being asymptomatic. The project has been halted and medical assistance and treatment had been offered to them.

Media based in the island of Taiwan on Tuesday questioned the efficacy of the mainland vaccine as they intentionally and unprofessionally regarded the 47 patients as vaccinated without verifying.

However, the Taiwan media allegation was soon slammed with facts.

"None of these migrant workers had been vaccinated before being infected," a member of the Chinese medical team in Uganda, told the Global Times on Tuesday on the condition of anonymity, noting that most of the infected migrant workers arrived in Uganda as early as last year.

An overseas Chinese who works for a Uganda branch of a state-run company, who refused to be named, told the Global Times that none of the infected workers had left Uganda during the pandemic and got vaccinated, and some had been there for over two years.

The source said the workers work for a ship factory contracted by an Indian company, mainly engaging in the production of oil-storage tanks and oil tankers.

He said Indians and local workers "eat, work and live together with the Chinese workers."

"The Chinese workers may have been infected by their colleagues," he said, noting that many Chinese workers initially mistook the infection for flu, and took the wrong medicine to suppress the symptoms.

Uganda reported over 701 coronavirus infections on Monday, and over 5,200 cases have been recorded since November 23. The country resumed international flights on October 1.

"All the Chinese patients show mild symptoms, with few experiencing dry cough… and their body temperatures have returned to normal," the leader of medical team said.

"The factory is located near Lake Victoria, more than 10 kilometers from Entebbe Airport and more than 30 kilometers from the capital Kampala… Most employees in Chinese enterprises are under closed management in Uganda, working from home and making daily health reports," the source said.

The Chinese Embassy in Uganda warned Chinese citizens in the country to enhance self-protection efforts as the new surge arrives. With a presidential election due in mid-January 2021 and upcoming holidays such as Christmas and New Year's Day, the risk of cluster infections and social security in Uganda has risen sharply.