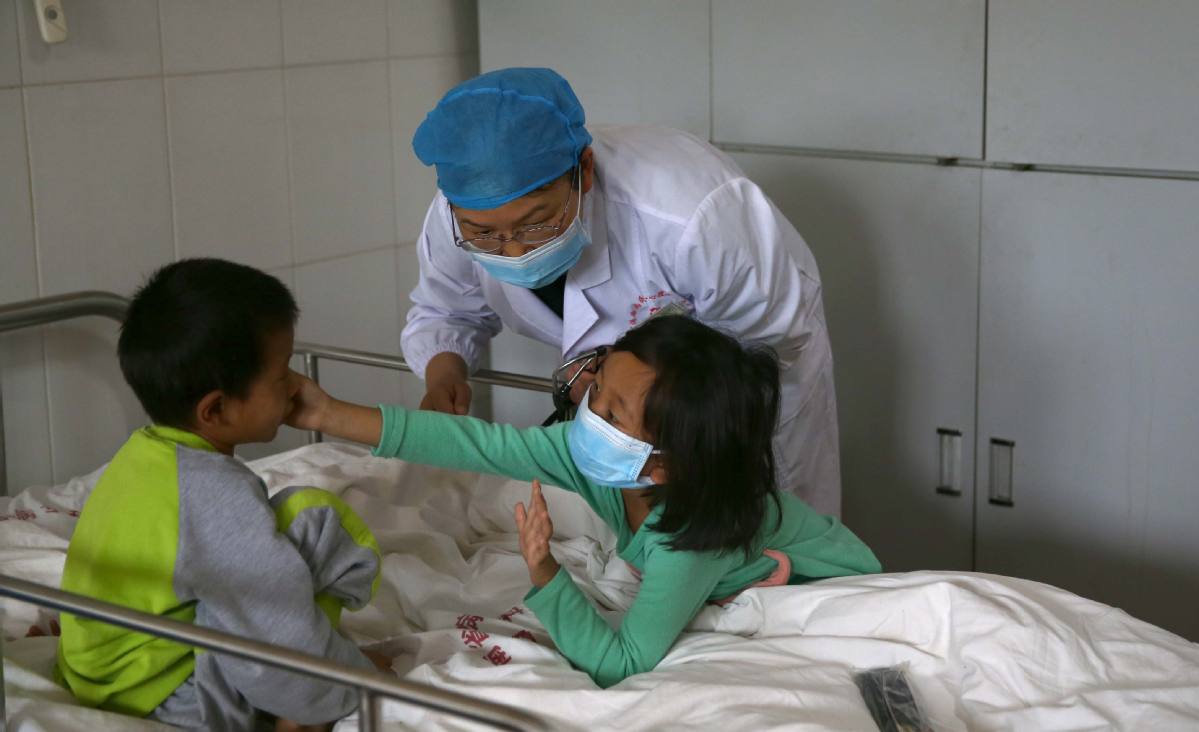 Linzhou, a city in Henan province, launched 48 school HIV-prevention and sex-education centers in cooperation with an NGO on Friday, bringing it closer to its target of setting up 100 such centers before 2020.

The new centers expand on an earlier batch of 21 set up in 2015 with support from the city government and the AIDS Prevention Education Project for Chinese Youth, an NGO dedicated to educating teenagers about AIDS/HIV prevention and sex.

The NGO trains local teachers and helps them establish a center in each school that offers lectures, consultations and interactive activities to students.

"AIDS and sex have been a taboo subject in China for a long time and I learned from the training that without proper education, young people are at great risk of unprotected sex that could lead to sexually transmitted infections and abortion," said Tang Qingmei, a teacher in charge of the center at Linzhou No 1 High School.

Tang said that before the center was launched, students tended to turn to the internet for information about sex and relationships.

"Compared with the unfiltered contents online, the center better prepares them for adult life by providing high-quality education on how to understand their bodies, sexual health and respectful relationships," Tang said.

Zhou Tao, 16, who began to attend lectures at the center after enrolling at the high school two years ago, said the classes changed her attitudes toward AIDS.

"Being infected with HIV is not a sin, it's a wound that can be healed with love and care," she said. "We learned how HIV is spread and how to protect ourselves from HIV infections."

Linzhou has a comprehensive sex education system thanks to sufficient funding from the local government and effective cooperation between NGOs and education institutions.

There were 4,523 new HIV/AIDS cases reported in Henan from January to October last year, a year-on-year increase of 3.69 percent, according to data from the Henan Health and Family Planning Commission.

The commission said 101 cases occurred among those aged between 15 and 24, significantly more than in 2016.