At least 480 flights have been canceled as of 8:40 am Wednesday at an airport in Nanjing, East China's Jiangsu Province, after nine staff members tested positive for COVID-19 after nucleic acid tests on Tuesday night. 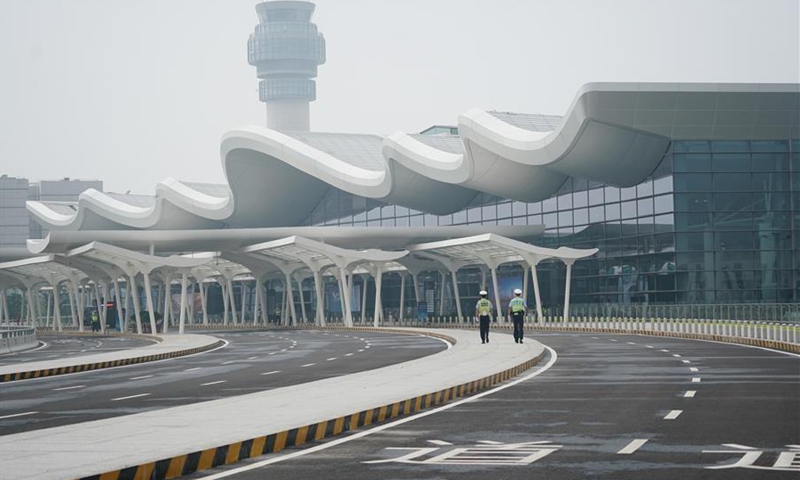 The positive samples involve airport ground service and cleaning staff, which were found during a regular nucleic acid test at Nanjing Lukou International Airport.
As of 6 pm on Tuesday, only nine samples were found positive. The test is still on going.
The airport announced on Tuesday night that all passengers must have a certificate with negative nucleic acid test results within 48 hours before departure from Nanjing. It would also strengthen the temperature measure and health code inspection for people entering the airport.
As of 8:40 am on Wednesday, at least 480 inbound and outbound flights have been canceled , accounting for about 60 percent of the total, according to data from Variflight.com, an online aviation information platform.
Four residential communities and villages near the airport were raised to medium-level risk areas. The epidemic-affected streets close to the airport have been sealed off.