5 killed in Shaanxi coal mine accident 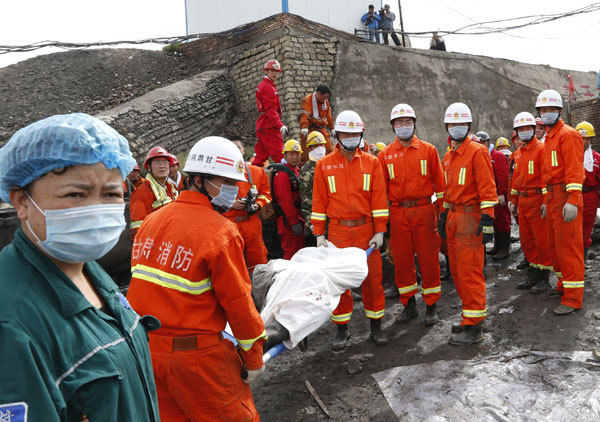 Emergency workers carry bodies of workers out of a coal mine. A total of 20 workers were killed with another 14 rescued after a steel cable pulling two carriages broke at a coal mine in Baiyin, Gansu province, on December 25, 2012. (File photo: China Daily)

Five miners have been confirmed dead after being trapped in a coal mine accident Monday in northwest China's Shaanxi Province, local authorities said Tuesday.

The accident occurred at about 9:50 a.m. on Monday at the Guantun coal mine of the Hualong Mining Co., Ltd. in the city of Yan'an, according to the government of Baota district.

Search and rescue efforts were immediately initiated after the accident happened.

A preliminary investigation by the rescuers showed the accident was caused by gas explosion.