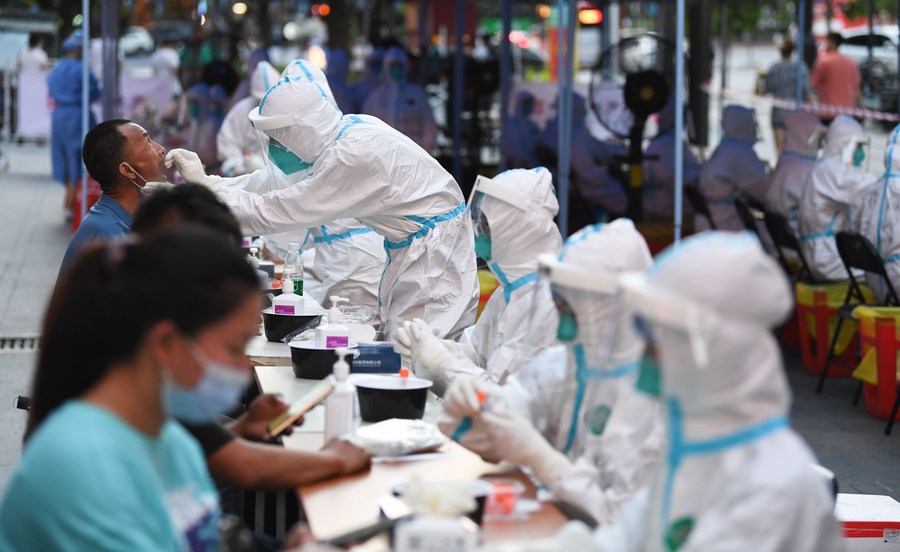 The five cases bring the city’s total to 10 asymptomatic and four confirmed infections as of 2 pm Friday, said Chen Bin, deputy director of the commission.

Two of the new cases were classmates of an 11-year-old primary school student confirmed as a COVID-19 patient on Wednesday.

All five of Friday’s asymptomatic patients were quarantined at Guangzhou No. 8 People's Hospital.

On Wednesday Guangzhou launched mass testing at 2,293 sites in or near the city’s Liwan district.

Some 859,000 of 1.16 million people had tested negative as of 2 pm Friday. The rest of the test results have yet to be released.