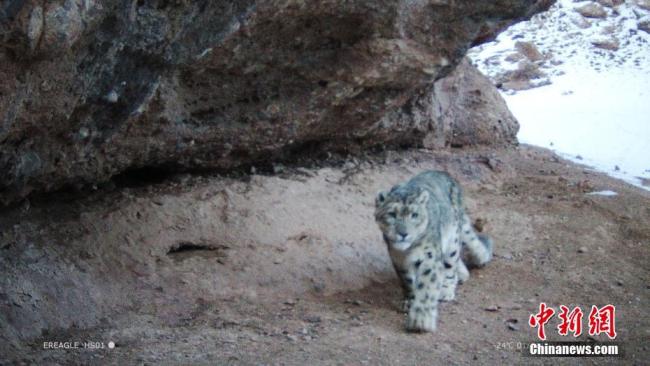 The video clip was recorded in May 2018 on a monitoring camera used for an investigation on the species in the park and was only discovered by the park staff recently.

"It is rare to see five snow leopards together in a video," said Han Qiang, an official with the park administration.

Experts say the footage is proof that the leopards have formed a relatively stable population in the national park.

The leopard investigation was launched in May 2017. A total of 735 cameras were set up in an area of around 4,000 square kilometers, and have captured 1,200 pictures and videos of snow leopards over a period of more than 600 days.

China has been continuously strengthening wildlife protection efforts in recent years. The snow leopard is a class-A protected animal in China and the International Union for Conservation of Nature classifies it as endangered-to-vulnerable.