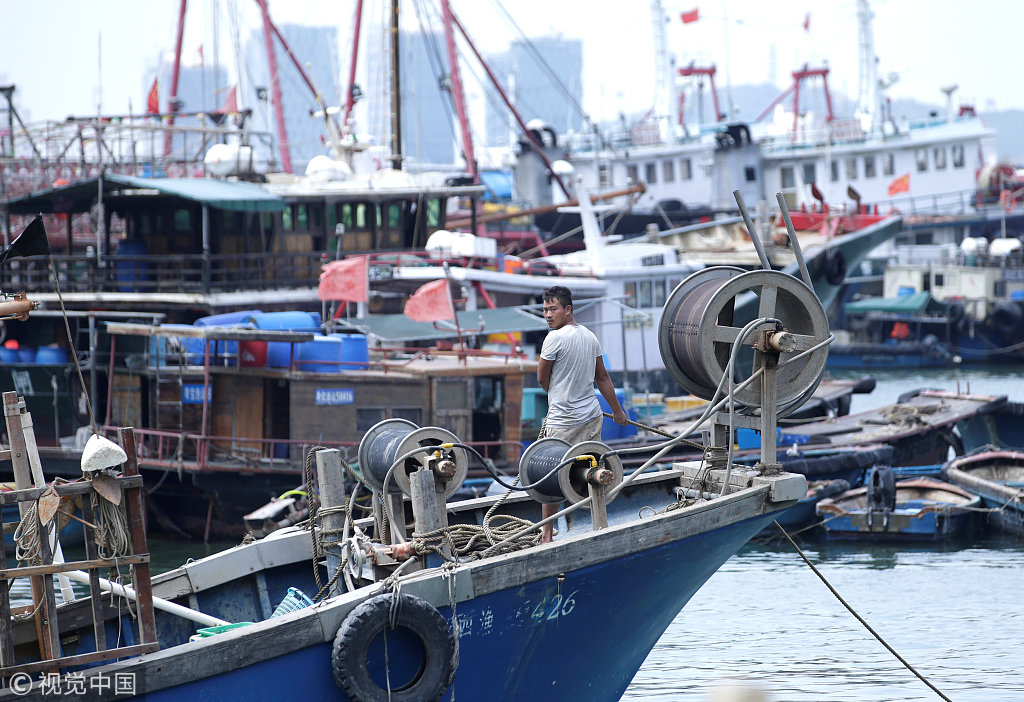 A fisherman anchors a boat at a fishing harbour, as Typhoon Mangkhut approaches, in Shenzhen, China September 15, 2018. (Photo: VCG)

Work has been suspended at more than 1,600 construction sites and 128 tourist spots have been closed in the province as of Saturday morning, according to local authorities.

According to China's National Meteorological Center, Mangkhut is expected to land in Guangdong between Sunday afternoon and night, moving northwestward at a speed of 25 km per hour, about 890 km away from the city of Yangjiang, Guangdong Province as of 1 p.m. 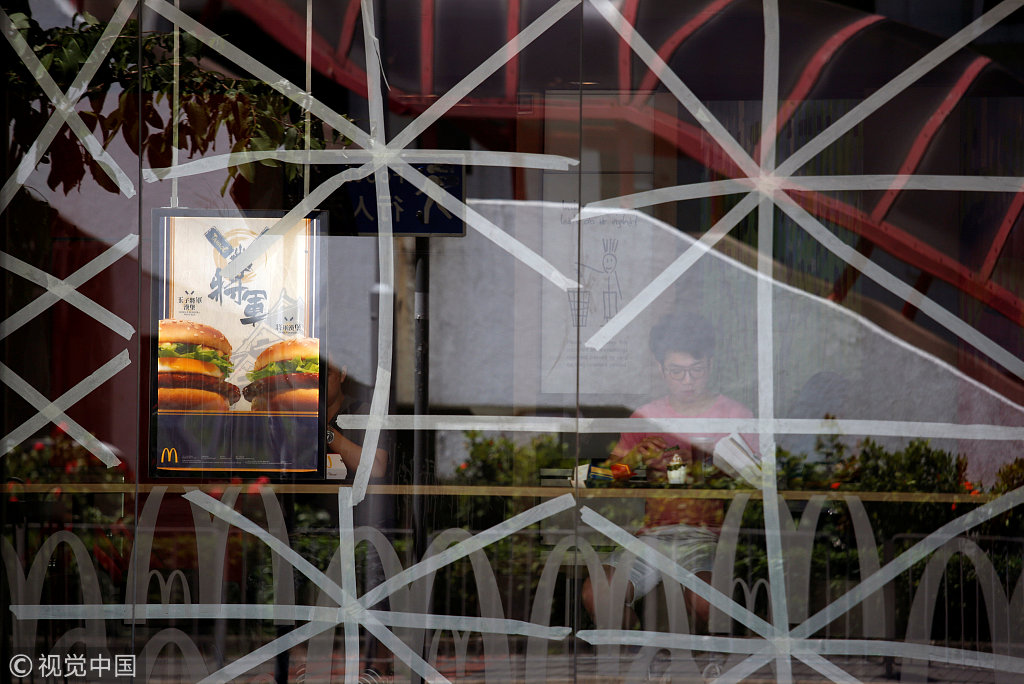 Affected by Mangkhut, gales have already been brought to the city of Fuzhou Saturday morning. Strong gales and tremendous downpours are also forecast in the province on Saturday night and Sunday, the local weather bureau said.