Zhao opened his remarks by expressing his condolences and sympathies to the families of those killed and wounded in the twin explosions at a church in the conflict-plagued Sulu province of the southern Philippines on Sunday. He said the Chinese government condemns the brutal attack on civilians and will always be with the Philippine government and Filipinos. “As always, we will support President Duterte’s efforts to maintain peace in the Philippines. 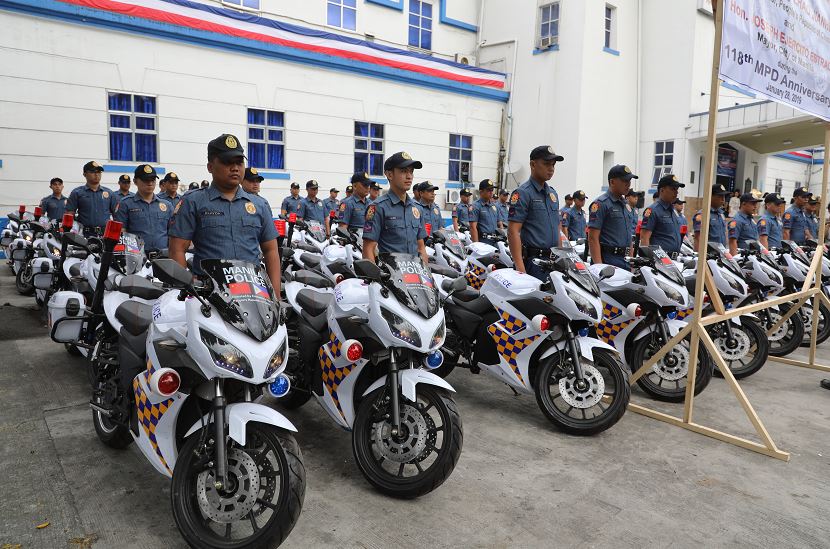 "The accomplishments of the past 118 years have shown Manila police, being a trustworthy, disciplined and dedicated force, have always been the protectors and partners of ordinary people." Zhao extended his congratulations to the Manila Police District on its 118th Founding Anniversary. "You have made the city of Manila a peaceful, orderly and safe place to live," he added.

Zhao presented the 50 e-Motorcycles as gifts and tokens of the long-standing friendship between the Chinese embassy and city of Manila. "It is my sincere hope that these eco-friendly motorcycles will effectively help the Manila Police." Zhao said the donation also eschews the ideology of a ‘green and clean city’ initiated by Mayor Estrada. 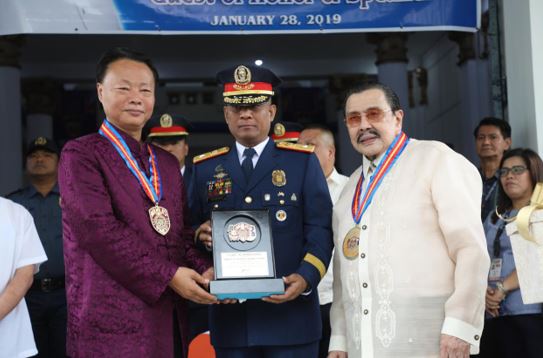 Over the last two years, China-Philippines relations have achieved an overall turnaround, and are now progressing on a fast track. The successful state visit of President Xi Jinping to the Philippines last November has been another milestone of bilateral relations.

"We have every reason to expect even greater development of the practical cooperation between China and the Philippines in various sectors such as infrastructure, agriculture, trade, security as well as cultural and people-to-people exchanges, which is bound to bring more tangible benefits to the two peoples in the days to come," Zhao also extended his gratitude and appreciation to the people and government of Manila, particularly the Manila Police officers for the valuable support and assistance during the state visit of President Xi Jinping. 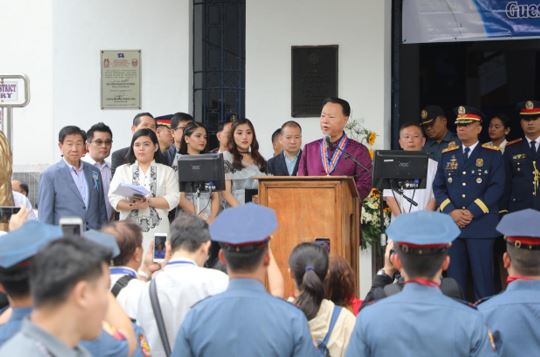 Estrada, on behalf of Manila city, showed his gratitude to the Chinese embassy as well as Chinese people. "This donation will be of great benefit to our Manila Police District and will add to their capabilities in patrolling our streets, preventing criminal activity and securing the safety of the public," he said.

"With this donation, the MPD will be a strong force, better able to ensure peace and order in our streets. And with this, we move close to our goal to recapture Manila's former glory and be the pearl of the orient' once again," he added. 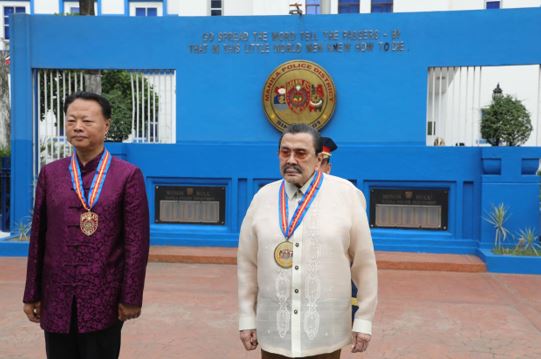