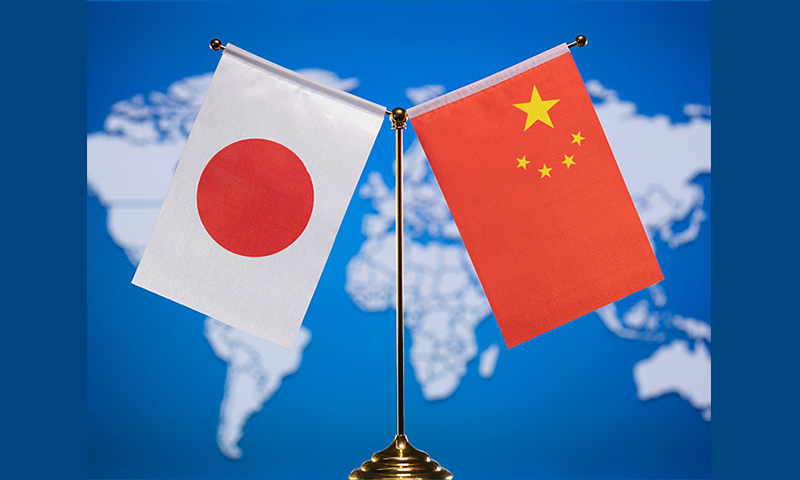 China and Japan, two neighbors which have developed intertwined and complex diplomatic relations, are welcoming the 50th anniversary of the normalization of ties, which falls on Thursday, yet the low key celebrations, mostly held among non-governmental sectors, are an epitome of the great bilateral uncertainties, observers said, calling on Japan to retrieve the vision and courage of former leaders and wisely adjust its strategic notion and positioning of China when bilateral relations face a high risk of spiraling down even further.

An event marking the anniversary is scheduled on Thursday in Tokyo with Toshihiro Nikai, lawmaker and former secretary general of the Japanese ruling Liberal Democratic Party (LDP) and representatives from the economic sector in attendance, according to the Kyodo News Agency.

The Japan Times reported in early September that Japanese Prime Minister Fumio Kishida may attend the event, but there is no official confirmation.

Li pointed out that economic and trade cooperation has always been the "bedrock" and "propeller" of China-Japan relations.

Over the weekend of September 24-25, a folk commemorative event was held at a shopping mall in Beijing, enabling Chinese residents to learn more about traditional Japanese skills, customs and purchase Japanese specialty products.

Chinese observers shared an impression that the celebratory atmosphere is relatively thin and commemorations were mostly non-governmental sector-driven, particularly so for the Japanese side.

Both sides agree that bilateral relations have seen lots of achievements benefiting both China and Japan in past five decades thanks to former leaders' strategic vision and political courage. In 2021, China remains Japan's largest trading partner and bilateral trade reached a record $391.4 billion. But while trade plays a "bedrock" role, political relations are on a roller coaster ride, observers said.

At this important juncture, structural differences over views of history and war, territories, national security and strategic orientation between the two countries are more acute, Liu Jiangyong, vice dean of the Institute of Modern International Relations at Tsinghua University, told the Global Times on Wednesday.

Besides the issues regarding recognition of Japan's war crimes during World War II and disputes over the Diaoyu Islands that have long plagued China-Japan relations, Tokyo's close coordination with Washington, which has been increasingly aggressive toward China, and the LDP's militaristic tendencies have further marred China-Japan relations, the expert said.

On Monday, Kishida pointed fingers at China's most sensitive internal affair, the Taiwan question, when he met visiting US Vice President Kamala Harris. The two discussed an "open and free Indo-Pacific," according to a White House press release.

Japan has been actively involved in US-led strategic cliques to contain China. These include the Quad, along with Australia and India, and the Indo-Pacific Economic Framework for Prosperity which seeks to marginalize China in supply chains.

Tokyo is pushing an increase in its military budget to 2 percent of GDP, a threshold for a NATO member, and is sparing no effort to revise its pacifist constitution, which Chinese analysts see as a dangerous militaristic tendency.

Japan's 'about face' in its China policy is partly due to the constraints of the US-Japan alliance but it is also Tokyo's choice, Hu Jiping, vice president of the China Institutes of Contemporary International Relations (CICIR), told the Global Times. "The two countries are most compelled to confront China to contain it, or at least slow its rise."

Xiang Haoyu, a research fellow at the China Institute of International Studies, told the Global Times that more than 10 years after its second-largest economy status was overtaken by China, Japan is still painfully adjusting its notions of China.

The confrontation is not yet an all-out one as Japan still seeks benefits from bilateral cooperation, from the potential of the Chinese market and an intertwined supply chain, Xiang said.

However, the basic notion that depicts "China as a threat" has been amplified by media hype and anti-China politicians, making the political environment more right-wing and conservative. This means that voices who stand for bilateral friendliness are silenced, the expert said.

There are episodes of touching people-to-people exchanges, such as the relationship between Chinese snowboarder and Olympic gold medalist Su Yiming and his Japanese coach Yasuhiro Sato and Chinese fans' wholehearted support for Japanese figure skater Yuzuru Hanyu as well as close exchanges in popular culture.

But the overall picture is that 55 percent of Japanese respondents see bilateral relations as "poor," according to a poll released in October 2021 by Genron NPO, a Japanese non-profit think tank.

Kong Xuanyou, Chinese Ambassador to Japan, told the Global Times in a recent exclusive interview that "Along with the rapid development of bilateral ties, many problems and challenges have occurred, which are normal for neighbors. The key lies in how we can properly manage risks and handle differences, to prevent them from affecting the overall bilateral relations."

Analysts believe the two countries should continue to maintain high-level strategic communication to point the direction for bilateral relations.

Japanese Ambassador to China Hideo Tarumi said recently "The normalization of diplomatic ties was realized thanks to the leaders of both countries who had a strategic way of thinking and political courage, "but 50 years later there are "fewer and fewer leaders who can take political risks for bilateral relations," Tarumi lamented.

Hu Jiping from CICIR also underlined the importance of people-to-people exchanges that have been an important stabilizer of bilateral relations and that should be restored and enhanced.

Liu Jiangyong from Tsinghua also said that people-to-people exchanges should encompass more than tourism and culture, covering effective discussions on sensitive historical and territorial disputes, and the delivery of China's message on those topics.

Observers warned that China-Japan cooperation should be conducted on the principle of mutual benefit, and Japan should resist the US way of abusing security concepts in economic cooperation.

Ambassador Kong stressed the connotation of China-Japan relations has never been limited to bilateralism, but also been closely influenced by regional and international situations. Both sides should show a sense of mission and responsibility to lead the relations into the next 50 or 100 years in a more mature and healthy posture.