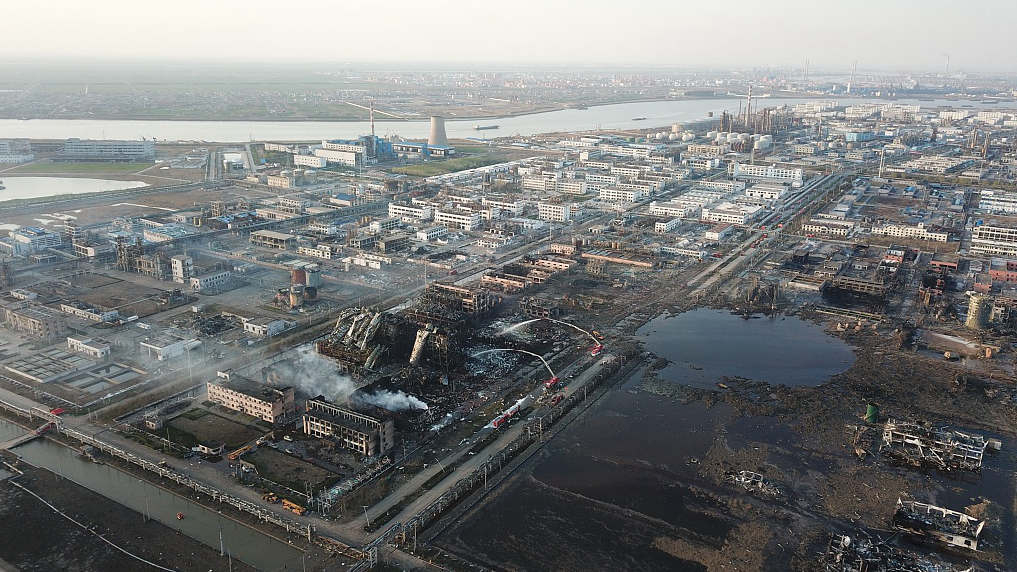 NANJING, Nov. 30 (Xinhua) -- Local courts in east China's Jiangsu Province on Monday handed down sentences to 53 defendants for their involvement in a chemical plant explosion that killed 78 people and severely injured 76 others last year.

The explosion occurred on March 21, 2019, after a fire broke out in a chemical plant owned by Jiangsu Tianjiayi Chemical Co., Ltd. in Xiangshui County of Yancheng City.

Investigations attributed the blast to the spontaneous ignition of nitrified waste, which was illegally stored for protracted periods of time, according to the Intermediate People's Court of Yancheng and seven lower-level courts in the city.

Zhang Qinyue, then general manager of Jiangsu Tianjiayi Chemical Co., Ltd., was convicted on Monday for illegally storing dangerous goods, polluting the environment and bribing public servants. Zhang was sentenced to 20 years in prison and fined 1.55 million yuan (about 235,445 US dollars).

The deadly blast had caused a direct economic loss of about 1.99 billion yuan.