SANTIAGO, Jan. 29 (Xinhua) - China's icebreaker Xuelong's 53 crew members have left Antarctica on their way back to China via Chile, after the ship collided with an iceberg during China's 35th Antarctic expedition. 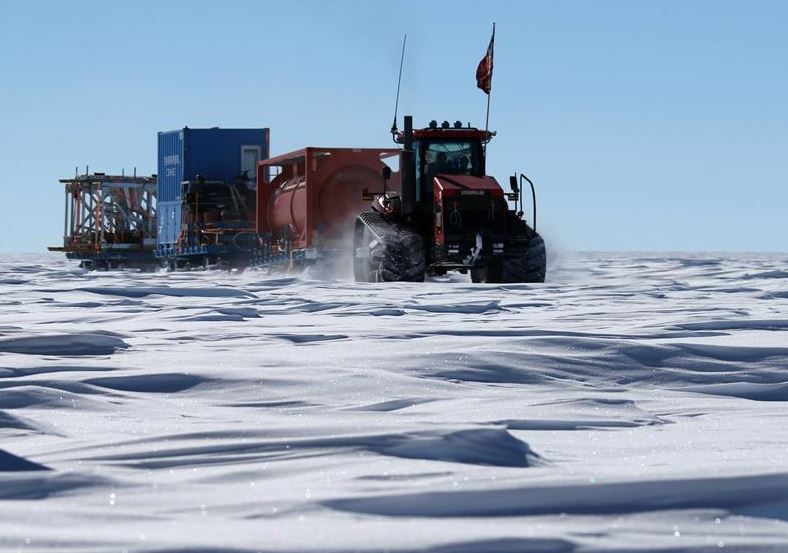 The Chinese embassy set up an emergency evacuation team and sent three staff members to Chile's southernmost city of Punta Arenas, from where they flew to the Great Wall station on a chartered flight and brought the 53 members back, Chinese Ambassador to Chile Xu Bu said.

Since Xuelong's 53 members did not have Chilean visas, the emergency evacuation team immediately coordinated with the Chilean Foreign Ministry, and the members finally received 10-day entry visas, said Liu Rutao, economic and commercial counselor at the Chinese Embassy in Chile.

The 53 members will take commercial flights in batches early Wednesday morning, and return to China via Chile's capital Santiago, he added.

During the Antarctic expedition, Xuelong, also known as the Snow Dragon, was sailing in a dense ice area of the Amundsen Sea in Antarctica on Jan. 19 when it collided with an iceberg due to the heavy fog.

The ship's mast at the bow and part of its bulwark were damaged, yet no one was injured. The ship's ballast water tank, oil tank, power equipment such as its main engine as well as the communication and navigation equipment were running normally.

Xuelong arrived at the waters near the Great Wall station in Antarctica last Thursday. A senior surveyor of the China Classification Society boarded the ship for an on-site investigation, and issued a safety certificate for special purpose ships on Monday, said Zhang Jie, director of Antarctic Affairs at the Chinese Embassy in Chile.

Xuelong is currently operating normally. It left the Great Wall station on Friday to continue its Antarctic expedition. It plans to pick up the summer expedition team at the Zhongshan station in Antarctica before returning home. It is expected to arrive in Shanghai in mid-March.