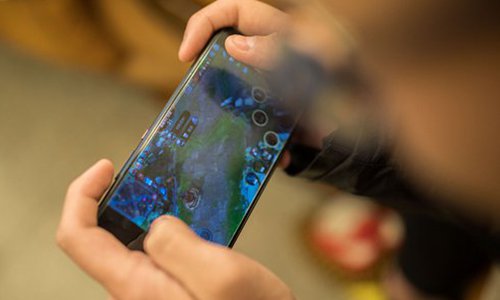 China's first app tool to prevent teenagers from getting addicted to internet has been launched on 53 video apps from major domestic livestreaming to short video platforms, Cyberspace Administration of China (CAC) announced on Monday.

Twenty-four online livestreaming platforms including huajiao.com and nine video platforms such as Souhu Video and Baidu Video, are the most recent apps to adopt the juvenile mode.

In juvenile mode, the user cannot search, post bullet-screen comments, send private messages, upload videos or tips to online celebrities, according to an announcement on the administration website.

The apps pop up recommended contents suitable for teenagers to watch once the users turn on the mode, read the announcement.

Teenagers will be kicked offline after using the app for 40 minutes a day and are prohibited from accessing the apps from 10 pm to 6 am,  an anonymous employee at the public relations department of Kuaishou, a popular Chinese short video platform, told the Global Times on Monday.

"Only the guardians can reopen it by entering a password," the employee said.

The app can recognize children left-behind in rural areas based on location and user behavior and automatically turn on juvenile mode, CAC said in March.

The administration in August directed apps to clean up their functions and harmful content for teenagers, after a trial system was launched on 20 apps in March.

To prevent teenagers becoming addicted to the internet was the responsibility of all society, the announcement said, noting that not only the internet companies but also the school and family should help teenagers use the internet safely and properly.

Teenagers are usually less self-disciplined and likely to get addicted to using apps where they are exposed to vulgar videos, said the teacher.