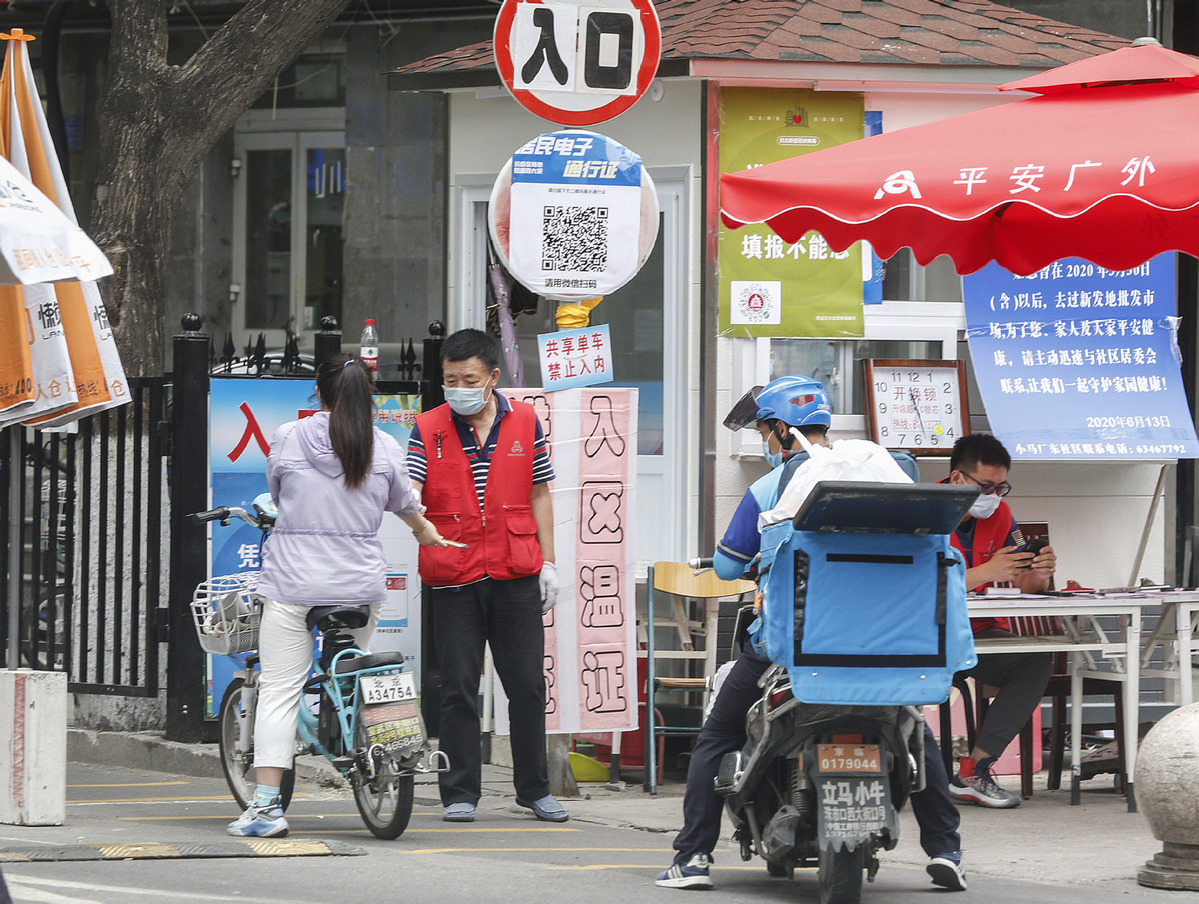 A community worker takes the temperatures of residents at a residential community in Xicheng district, Beijing, on June 30, 2020. (Photo: Xinhua)

Beijing has unblocked 54 residential communities as of Monday, as the city has contained the epidemic spread of novel coronavirus by strict prevention and control measures, a senior official said on Monday.

Xu Hejian, spokesman for the municipal government, said at a news conference that more than 11 million residents have received nucleic acid tests since the new cluster of locally transmitted cases emerged in the city.

The tests have effectively cut the spread of the virus and prevented mass infections, he said.

After the new infections occurred on June 11, Fengtai district government suspended operations at the Xinfadi market and swiftly blocked access to 11 residential communities nearby.

Many communities in the city have taken measures, including temperature-taking and pass cards for residents, to reduce risks.

Xi Yingjun, a psychological crisis intervention expert and doctor at Beijing An Ding Hospital, said it takes a long time for people who have been affected by the epidemic to recover mentally.

The health authority and hospitals have been providing various services for people with different psychological needs to help maintain their mental health and avoid tragedies.

"The public should be informed about the development of the epidemic via official channels, which will help them to avoid unnecessary anxieties," he said.

A short video of a young woman crying over the phone when she was told her test result for coronavirus was positive went viral on Thursday afternoon, which triggered widespread attention from the public.

The woman, surnamed Xie, was later confirmed to be an asymptomatic COVID-19 patient.

The city reported one new case on Sunday and another patient was discharged from the hospital, which means Beijing has reported less than 10 new local cases for eight days in a row, according to the municipal government.