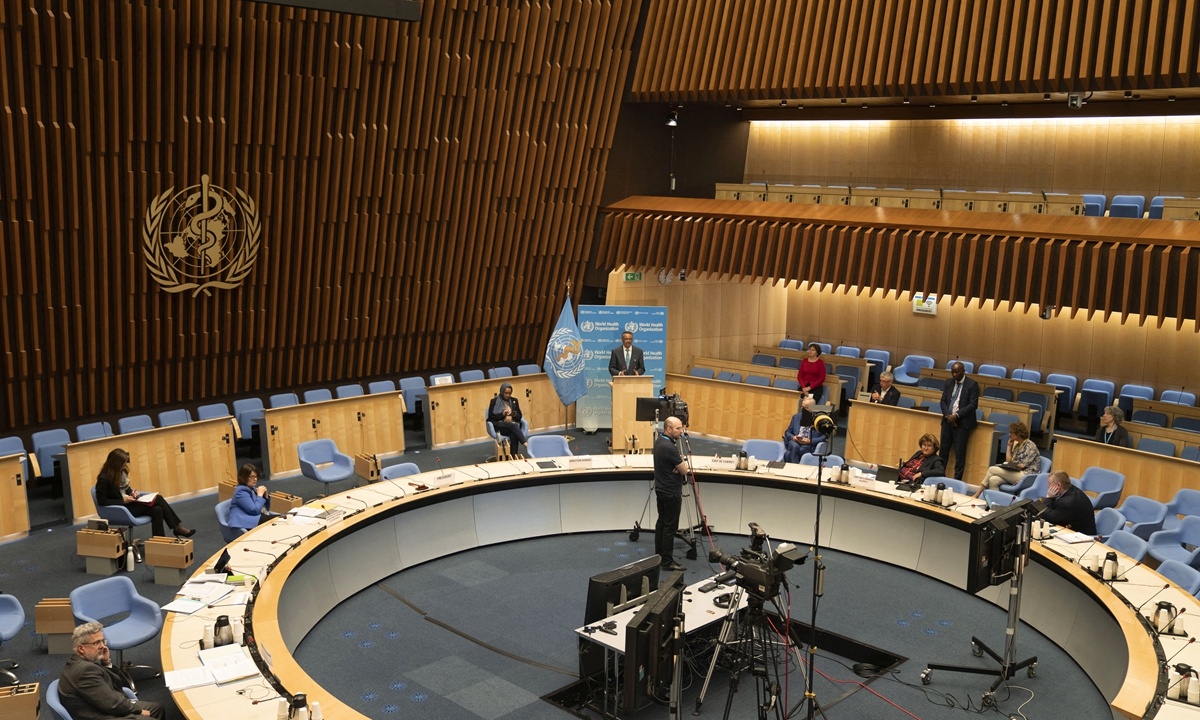 The World Health Organization assembly room with WHO Director-General Tedros Adhanom Ghebreyesus delivering a speech in May 2020. (Photo: AFP)

A total of 55 countries have submitted letters to the World Health Organization (WHO) Director-General concerning the COVID-19 origins study as of Tuesday, jointly opposing the politicization of the issue. This fully reflected the international public support for justice, Chinese Foreign Ministry said on Tuesday.

In the letters,the countries welcomed the report of the WHO-convened global study of the origins of SARS-CoV-2. They stressed that the study of origins is a matter of science and opposed any form of trying to politicize it.

At a WHO member state briefing on Friday, Russia, Belarus, Pakistan, Sri Lanka, Cambodia, Iran and many other countries spoke out for justice. They stressed that virus-tracing is a scientific task and should not be politicized. The joint China-WHO study report published in March should be upheld, Zhao added.

An increasing number of countries are speaking with an overwhelming voice for justice, which stands in sharp contrast to the political manipulation, opposition to science and distortion of facts carried out by a few countries, Zhao said.

Zhao added that this reflects the international community stands by the truth and other countries should stop taking advantage of the pandemic and undermining international cooperation.

It's not only the international community that opposes weaponizing science, Chinese netizens signed a joint letter demanding that the WHO should investigate the US' Fort Detrick lab on the COVID-19 origins for scientific research. The letter has generated more than 3 million signatures as of Tuesday afternoon.