Although China failed to reach the World Cup finals in Russia, Chinese soccer fans' passion for the tournament appears to have not been affected, as they are expected to spend over 3 billion yuan ($461 million) in the host country. 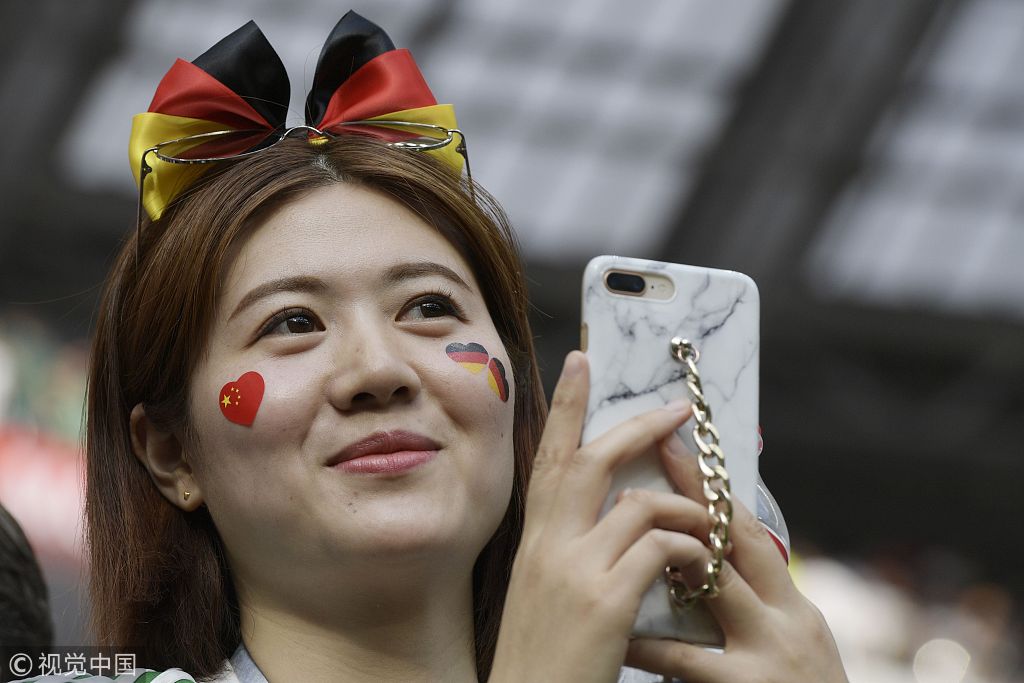 A Germany supporter looks on prior to the Russia 2018 World Cup Group F football match between Germany and Mexico at the Luzhniki Stadium in Moscow on June 17, 2018. (Photos: VCG)

Some 100,000 soccer fans from China will visit Russia for the World Cup, ranking third among all countries. Based on ticket purchases, consumption and travel services, Chinese tourists will spend over 3 billion yuan in Russia, according to the latest survey by Ctrip, China's leading online travel agency.

"There are about 20 flights to Russia from China every day and will bring 4,000 people to the country if all these flights are full. The average occupancy rate of flights to Russia's popular cities is over 90 percent. Chinese soccer fans and tourists have been become a major force in World Cup tourism," Xiao Yinyuan, Ctrip's outbound tourism manager, told the Global Times.

Figures from the agency show that nearly 5,000 people booked travel services during the World Cup, and is 10 times the figure of the 2014 World Cup in Brazil.

The travel agency said that from mid-June to July, the average price for group and independent tours is 14,000 yuan, 50 percent higher than for other months. 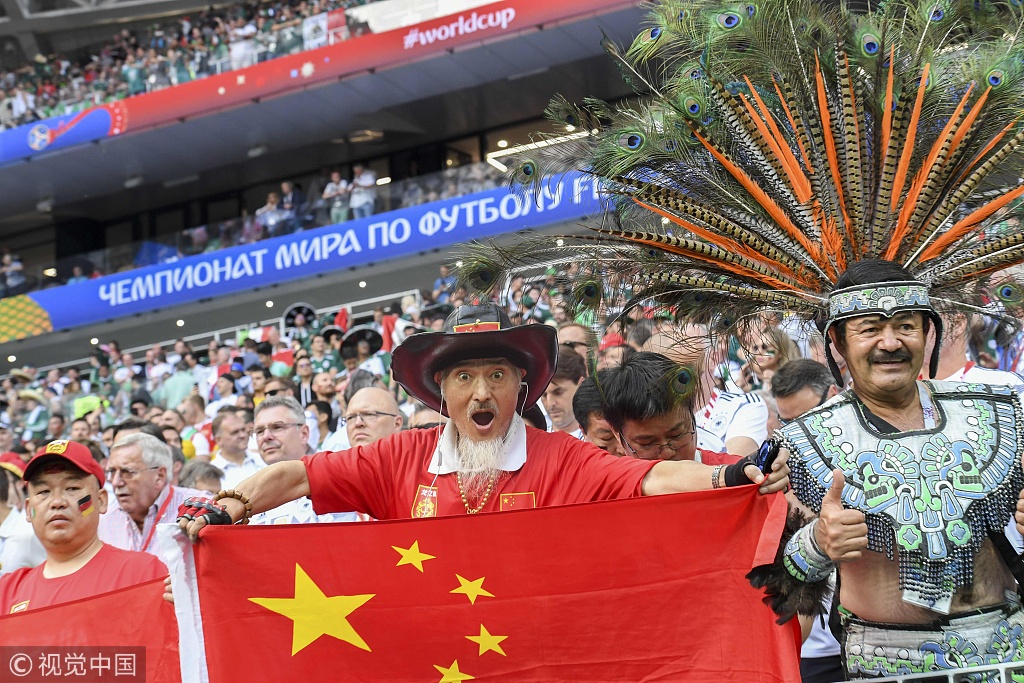 A Chinese fan cheers ahead of the Russia 2018 World Cup Group F football match between Germany and Mexico at the Luzhniki Stadium in Moscow on June 17, 2018.

The agency said package for the semifinals and finals cost nearly 180,000 yuan per person, and even at such a steep price, fans are battling over them.

Based on the per capital expenses on travel products, the agency lists soccer fans from the 10 provinces who spent the most during the World Cup. 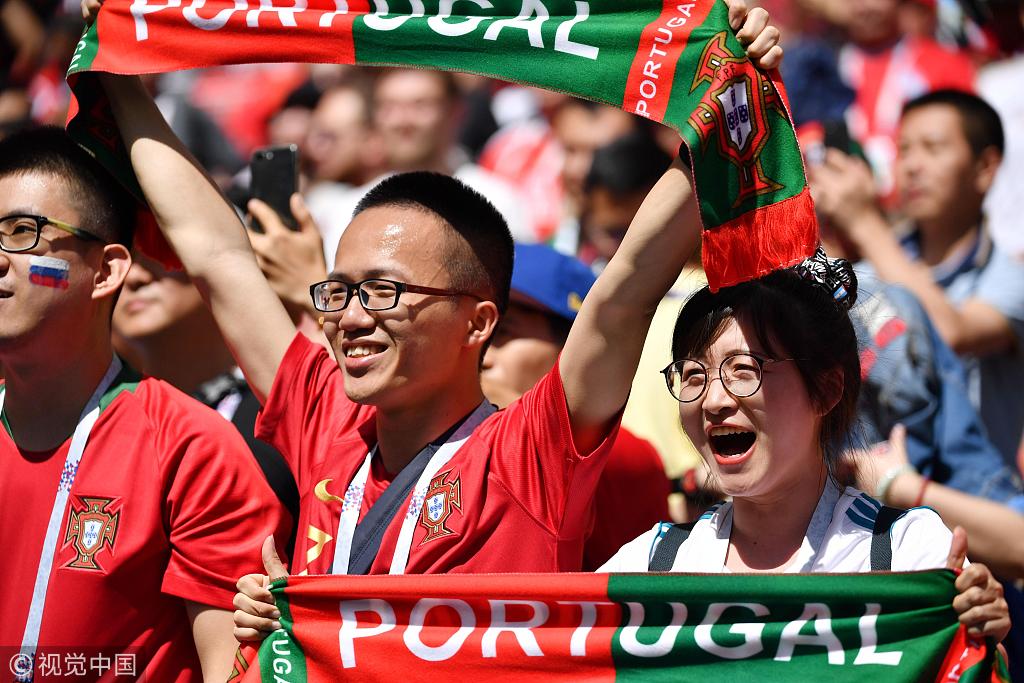 For example, soccer fans from Guangdong spent 20,462 yuan per person, while those from Xinjiang Uyghur Autonomous Region, which ranks last, spent 13,308 yuan per person. A fan from Fujian paid 850,000 yuan to watch one game.

Ctrip said the company was shocked to see so many female soccer fans in Russia, accounting for 57 percent of World Cup ticket buyers on their platform. But many of them admitted they are attending the World Cup to see the players up close.

On Monday, photos of members of the German national team dressed in Hugo Boss suits before the 2014 FIFA World Cup Brazil went viral on Sina Weibo despite their upset loss to Mexico.

Chinese companies have invested $835 million on advertising for the World Cup, double that of the US and far more than Russia, at about $64 million, according to data from media group Zenith, which focuses on market analysis.