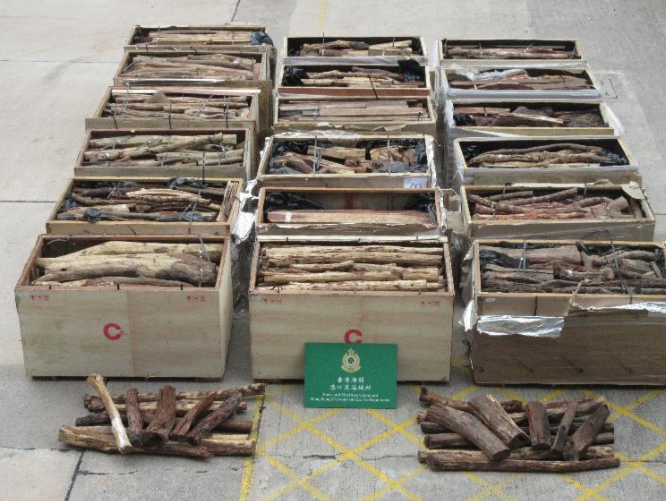 A total of 582 people have been arrested in Hong Kong in a 19-day special operation against cross-boundary smuggling activities before and during the Lunar New Year, the Customs of China's Hong Kong Special Administrative Region (HKSAR) announced on Wednesday.

The HKSAR government's Customs and Excise Department (C&ED) started on Feb. 1 the special operation at airport, seaport, land boundary, railway and ferry control points in a bid to combat smuggling and other illegal activities through passenger and cargo channels. In the operation, which concluded on Monday, the C&ED detected a total of 655 cases with the arrest of 582 persons, resulting in the seizure of items with an estimated value of about 53 million Hong Kong dollars (about 6.77 million US dollars). On the anti-narcotics front, 45 dangerous drug cases were detected, resulting in the arrest of 10 persons and seizure of about 105 kilograms of suspected dangerous drugs. According to the C&ED, most of the seized items were synthetic drugs, including cathinone (commonly known as "bath salt"), methamphetamine (commonly known as "ice") and cannabis buds, which were seized mainly from inbound air parcels and air passengers. Stressing that "Hong Kong Customs has all along adopted a zero-tolerance approach against cross-boundary smuggling activities", a spokesman for the C&ED said that "apart from strengthening deployment and making stringent enforcement actions during the festive holidays, customs officers will be equally vigilant in combating smuggling activities through risk assessment and intelligence analysis in their routine operation."