TAIPEI, April 18 (Xinhua) -- A 6.7 magnitude earthquake jolted a sea area near Hualien County in Taiwan at 1:01 pm Thursday, according to the China Earthquake Networks Center (CENC). 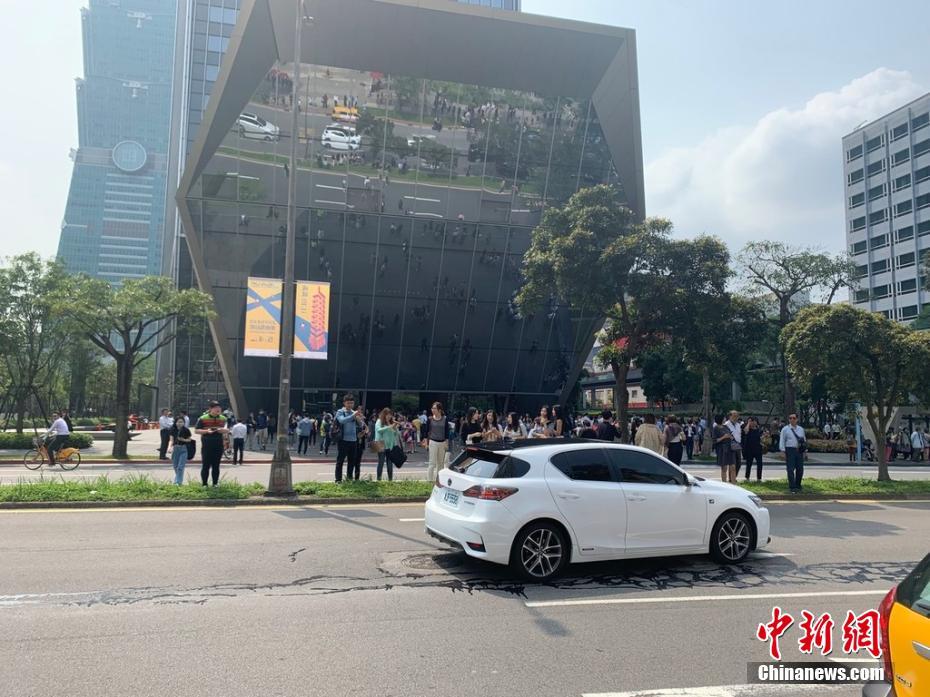 The quake lasted for about 10 seconds and lamps shook sharply inside buildings in Taipei. Many people screamed when the strongest earthquake this year rocked Taiwan.

"It was the strongest earthquake I've felt in Taipei since the Sept. 21 earthquake in 1999," a Taipei resident surnamed Kao said.

All elevators of Taipei 101, the island's tallest building, were suspended after Thursday's earthquake.

A building in Chang'an East Road in Taipei tilted after the quake.

Operation of the metro systems in Taipei and Taoyuan has been suspended, and trains of Taiwan Railways running between Fenglin and Yilan stations have been suspended after the earthquake.

The epicenter was monitored at 24.02 degrees north latitude and 121.65 degrees east longitude, with the quake striking at a depth of 24 km, the center said.

No immediate casualties were reported.