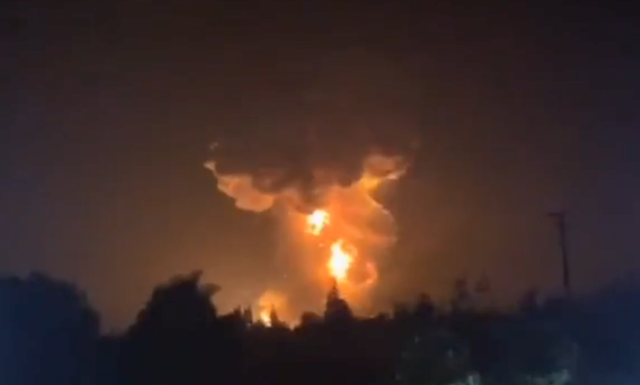 CHENGDU, July 9 (Xinhua) -- Six people were injured, with two in serious condition, after a fire-triggered explosion occurred at a fireworks factory in Nanfeng Town in the city of Guanghan, southwest China's Sichuan Province late Wednesday.

The fire was spotted by two guards of the factory at around 9:10 p.m. Wednesday. They called the police and there was a violent explosion during the evacuation at about 10:25 p.m., causing injuries to the people.

As of 3 a.m. Thursday, the fire was put under control.

Zhang Junyi, Party chief of Guanghan City, said that the fire broke out in the Nanfeng production area of Jinyan fireworks factory, which was shut down during the period.

Further investigation into the cause of the accident is underway.