Six people in northeast China's Liaoning Province were recently sentenced and fined after being convicted of excavating and robbing relics of the Great Wall and an ancient tomb. 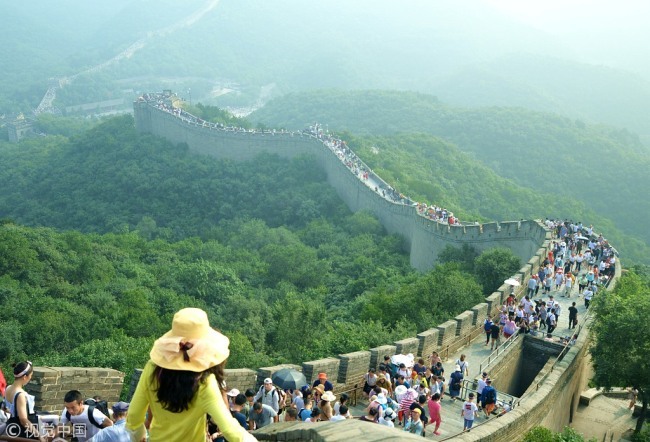 The Badaling section of the Great Wall. (File Photo: VCG)

The excavation caused severe damage to the Great Wall relics. A porcelain bowl and a pottery pot were stolen from the tomb, according to the provincial antique protection center.

Two criminals were sentenced to six months in prison, and the other four were placed on probation. They were fined from 3,000 yuan (446 U. S. dollars) to 8,000 yuan each.

The stolen antiques were seized and turned over to the state treasury.