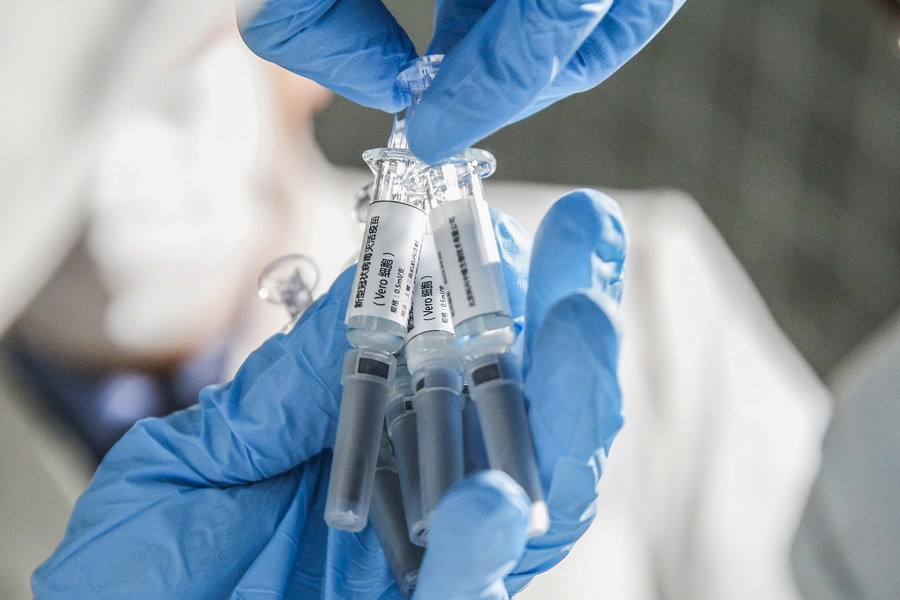 Four domestic COVID-19 experimental vaccines undergoing third-stage clinical trials overseas have inoculated about 60,000 volunteers, an official with the Ministry of Science and Technology said on Tuesday.

Tian Baoguo, deputy head of the ministry’s Department of Science and Technology for Social Development, said no severe adverse reaction has been reported among them and preliminary trial results show that these vaccine candidates are safe.

The third stage of clinical trials are the most significant phase to validate a potential vaccine's safety and efficiency. With the novel coronavirus being brought under control in China, the country has decided to launch third-stage trials in foreign countries where the virus is still spreading, according to Tian.

"The next step is to abide by science-based rules and comply with relevant rules and regulations, and to actively advance the development of vaccines," he said.

Previously, the first and second phases of clinical trials for the two vaccines, which were conducted in China, had enrolled 4,064 volunteers and triggered effective immune response in all of them while ensuring safety.

In total, about 60,000 people of 125 different nationalities have been vaccinated with these two candidates, yielding positive feedback from the international community, according to Liu.

"Dozens of countries also have made requests to buy vaccines from us," he said.

"Annual production capability is expected to reach over 1 billion shots, and sufficient and safe supplies of vaccines are guaranteed," he said.