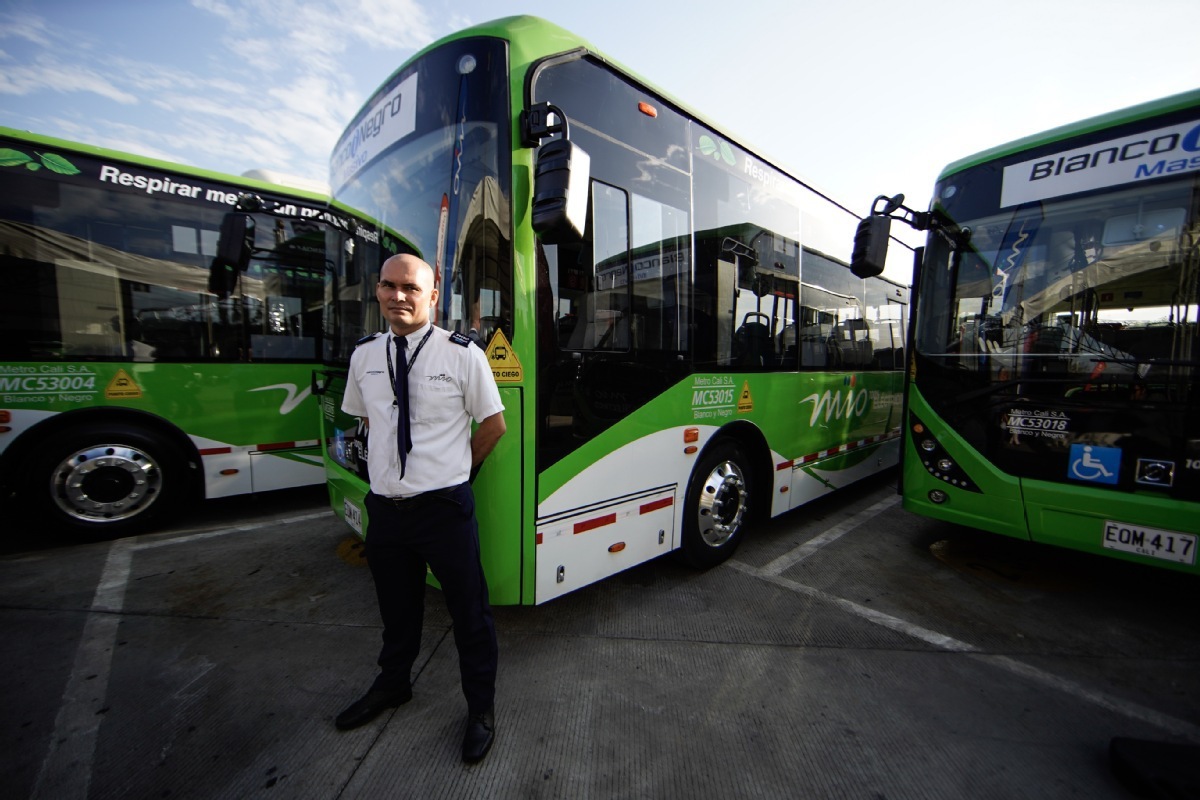 A driver poses with a fleet of Chinese-made electric buses in Cali, the third-largest city in Colombia, on Sept 10. (Photo: Xinhua)

The figures were released by the Ministry of Ecology and Environment. The efforts were highlighted as part of a green transport system overhaul during the 13th Five-Year Plan period (2016-2020), which entailed the adoption of more clean energy-powered vehicles and the phasing out of gas-guzzling transport.

To meet new demand generated by green consumption, the State Council, China's cabinet, approved a plan in early October to boost the NEV industry, which underlined efforts to tackle vital technologies, consolidate the construction of infrastructure including charging facilities, and strengthen international cooperation.

China has made and upheld solemn vows to the world in response to climate change, pursuing greener development over the span of the 13th Five-Year Plan period. Non-fossil fuels accounted for 15.3 percent of the country's energy consumption by the end of last year, fulfilling ahead of schedule China's promise to the global community for 2020.