637 million trips made in China during eight-day national holiday 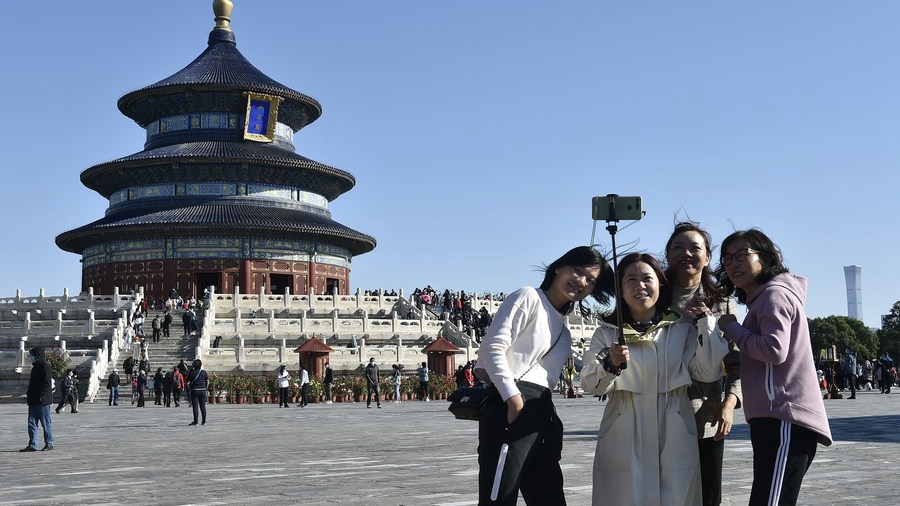 Photo: Tourists pose for a group selfie in front of the Temple of Heaven during the National Day and Mid-Autumn Festival holiday in Beijing, capital of China, October 4, 2020. /Xinhua

A total of 637 million trips were made across China during the National Day and Mid-Autumn Festival holiday, 79 percent of last year's number, according to data released by the Ministry of Culture and Tourism on Thursday.