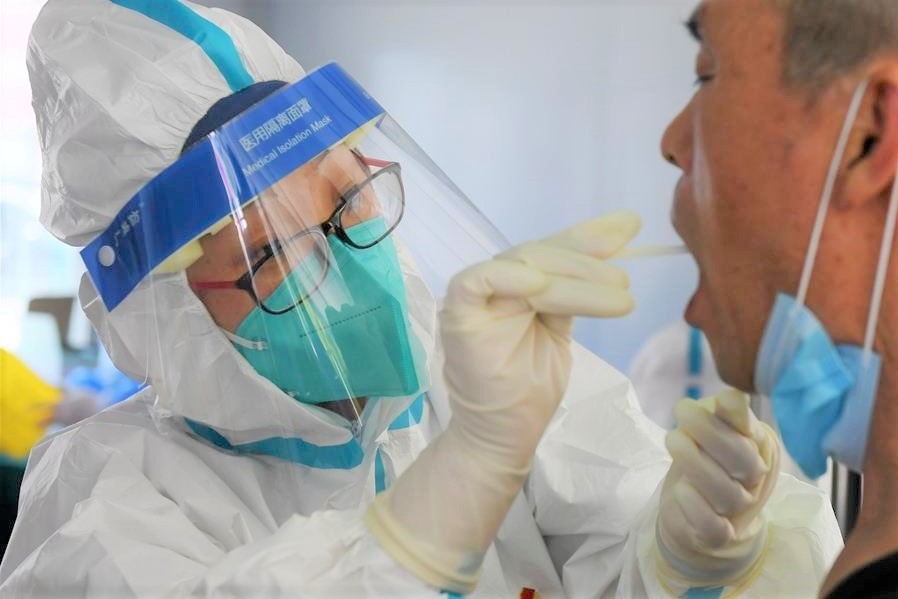 A medical worker collects a throat swab from a citizen at a nucleic acid testing site in Tongzhou District of Beijing, capital of China, on June 22, 2020.

Beijing has conducted nucleic acid testing for 7.69 million people, with more than 8.3 million samples collected by Sunday since the city reported the first local COVID-19 case in the new infection cluster on June 11, according to a senior official on Sunday.

Beijing has been increasing its testing capacity since the epidemic started in January.

More than 107,000 students and teachers in colleges in Beijing have taken the tests by now, he said.

Beijing reported 14 new local COVID-19 patients on Saturday, bringing the total number of confirmed patients to 311 since the first new local case was reported on June 11.