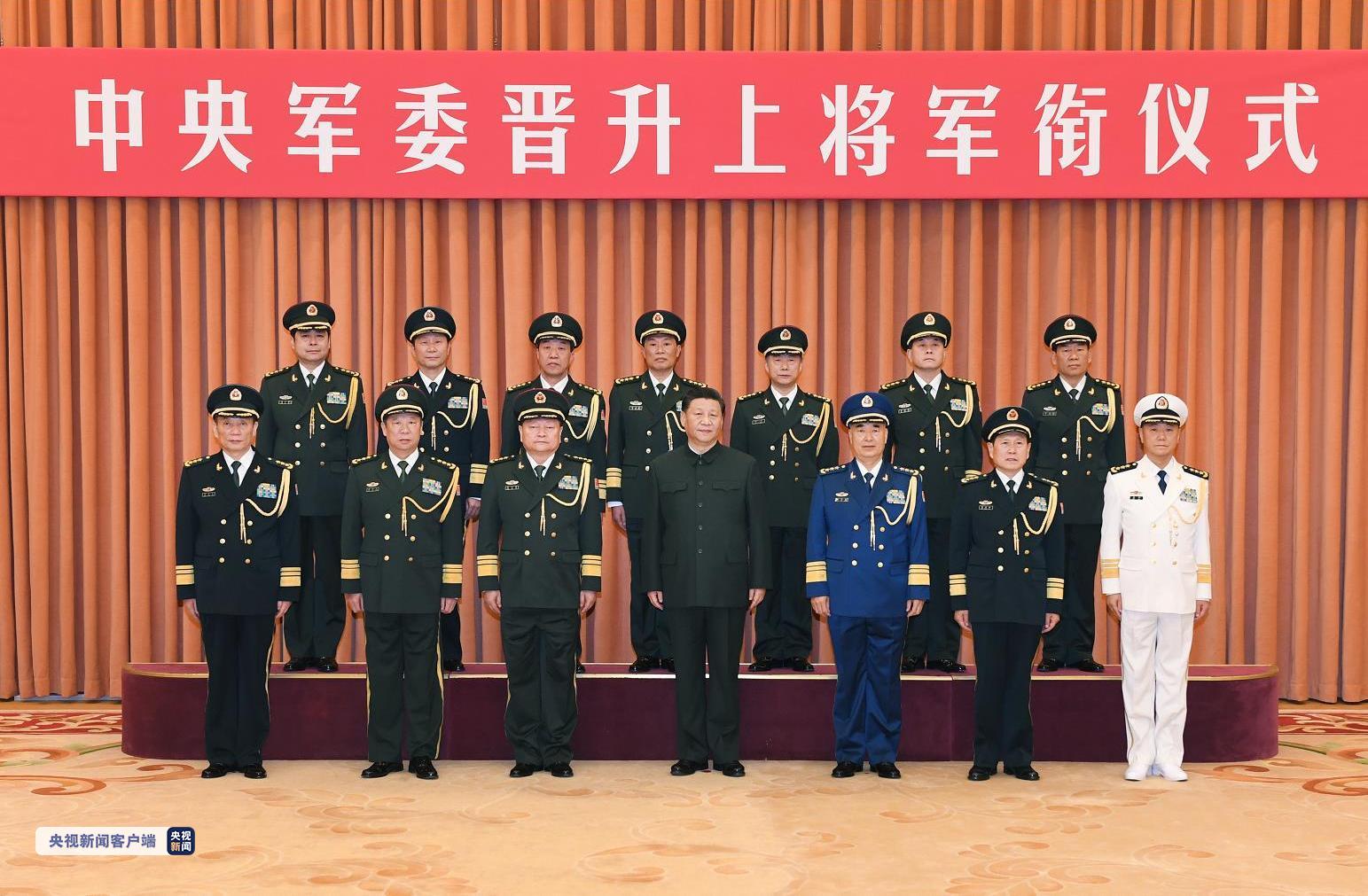 BEIJING, Dec. 12 (Xinhua) --Seven Chinese military officers have been promoted to the rank of general, the highest rank for officers in active service in China.

Xi Jinping, chairman of the Central Military Commission (CMC), presented the officers with certificates of order at a ceremony held by the CMC in Beijing on Thursday.