"My mom underneath me is also alive", said a 12-year-old boy, asking rescuers to save her after he was pulled out from a collapsed hotel used for quaratining patients in East China. ( Video: Liu Xiaoyu/People's Daily)

A total of 43 people were rescued, including five severely injured.

The Xinjia Hotel collapsed at around 7:15 p.m. in Licheng District of the city of Quanzhou, trapping 71 people. 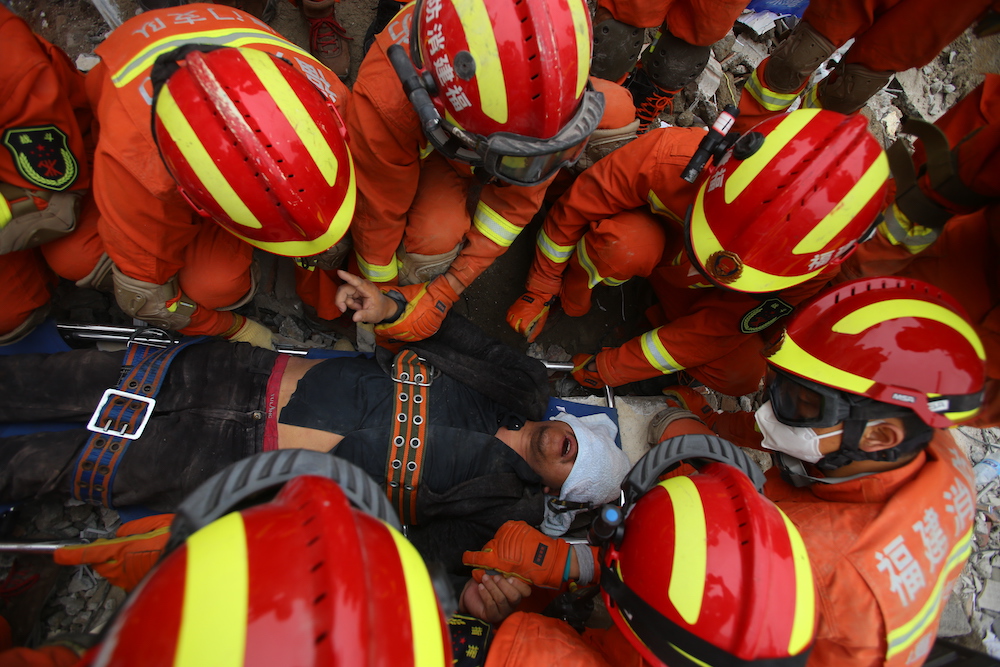 Preliminary investigation showed the hotel building was under house decoration when the accident occured and the owner of the building has been put under police control.

Among the rescued, a boy aged around two was pulled from the rubble in the early hours of the morning. His parents were also rescued and sent to the hospital for treatment. A teenage boy was saved at around 11:24 a.m.

Local fire department of Quanzhou City has sent more than 200 fire fighters to the site, while Fujian Province dispatched 11 search and rescue teams with over 800 fire fighters and seven rescue dogs.

The Ministry of Emergency Management has sent a work team to Quanzhou to help with rescue and investigate the cause of accident. The ministry urged all-out efforts to rescue the victims and emphasized the prevention of secondary disasters.

Further rescue is under way.