CHINA 7 killed, 2 injured after truck turns over in SW China

7 killed, 2 injured after truck turns over in SW China 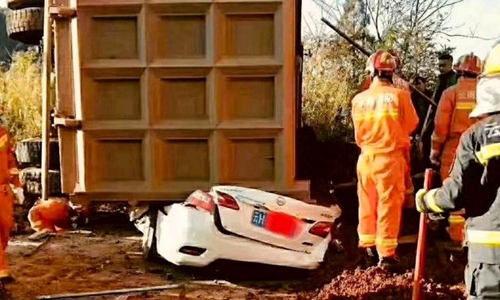 The accident occurred at around 3:45 p.m. on a highway section in Wenshan city, when the truck hit the protective net along the road and then turned over. Seven people were killed and two injured after a small car and a two-wheeled motorcycle coming from the opposite direction were crushed underneath the truck, said the city's publicity department.

The driver surnamed Luo is under police control and the accident is under further investigation.