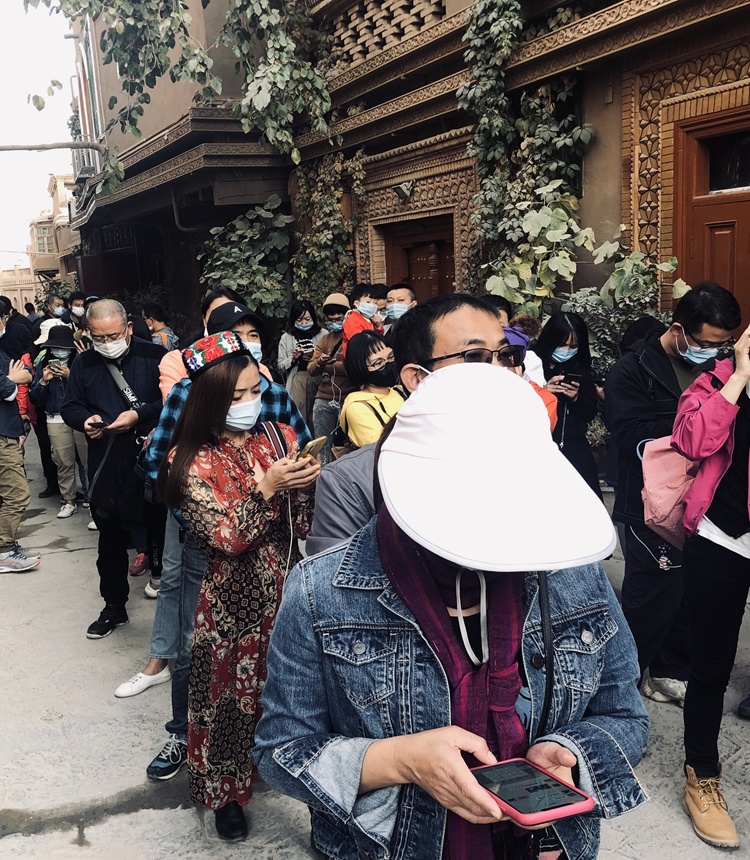 Over 70 percent of flights in and out of Kashi have been canceled. However, Kashi prefecture has not been entirely locked down, despite four of its counties labeled as being at high risk of COVID-19 following the recent outbreak, local residents told the Global Times on Monday.

A hotel manager in the old town of Kashi city told the Global Times that local residents and tourists could still go out freely, but many choose to stay indoors due to the new outbreak.

Although Kashi city is still open to tourists and no nucleic acid test reports are required when entering the city, the flow of people on streets is greatly reduced and several visitors have decided to cancel their hotel reservations, he said.

But the Global Times has learnt from villagers from the four counties in Kashi prefecture labeled as being at high risk of COVID-19 that local communities have adopted closed-loop management.

"We were told to stay at home and not go out of the community. Volunteers will deliver us food if we need it," a villager from the high-risk Shufu county told the Global Times.

Several other restaurant owners in Shufu county revealed to the Global Times that all restaurants in the county had suspended business, as no one is allowed to leave their communities for now.

An online video on Monday also shows closed stores and restaurants on the empty streets in the old town of Kashi, with a few travelers stranded in the area waiting to get nucleic acid tests, The Paper reported.

As of press time, 37 out of 50 inbound flights and 32 out of 44 outbound flights had been cancelled, according to data from an online ticket-booking platform on Monday at noon.

Health authorities in many other parts of the country, including Beijing, Northeast China's Jilin Province, and Southwest China's Sichuan Province, have advised local residents to cancel their trips to Kashi unless they are essential, and are carrying out screening procedures to track down those who have visited Kashi recently, The Paper reported on Monday.

The local health commission confirmed on Sunday evening that all roads, railway and air traffic in Kashi prefecture was running normally despite the recent COVID-19 outbreak.

Passengers arriving in Kashi from other regions are not required to quarantine, nor do they need to show negative nucleic acid test reports. However, facial masks, body temperature checks, and health codes are still required upon entry into Kashi, Gu noted.

Starting from Sunday midnight, four regions in Shufu county, Kashi prefecture, were designated as high-risk COVID-19 areas, and are the only four in China. The other townships in Shufu are labeled as medium-risk areas, local authorities said.