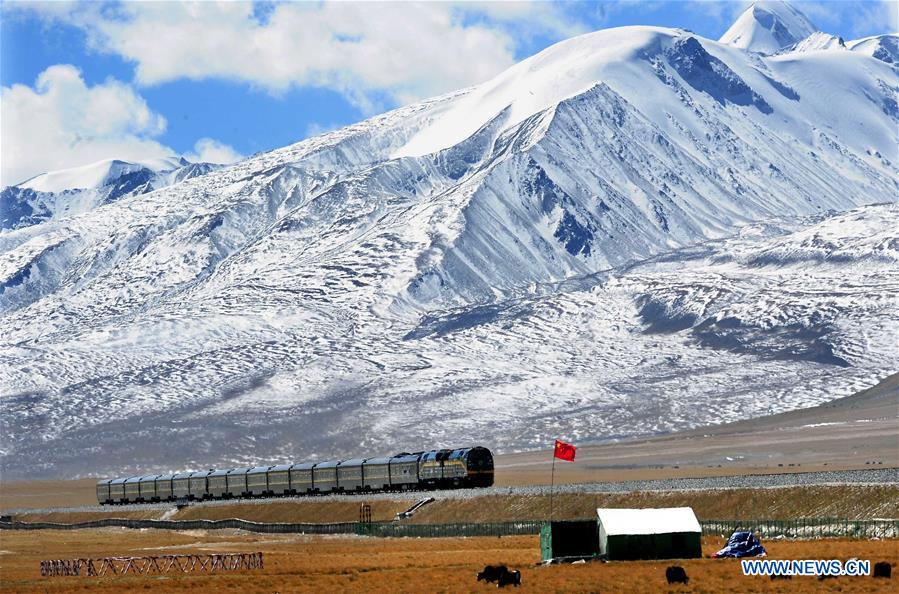 BEIJING, May 22 (Xinhua) -- Southwest China's Tibet Autonomous Region has made historic achievements and all-round progress in all undertakings since its peaceful liberation seven decades ago, a regional official said on Saturday.

Wu Yingjie, secretary of Tibet Autonomous Regional Committee of the Communist Party of China, made the remarks at a news conference in Beijing.

This year marks the 70th anniversary of the peaceful liberation of Tibet. Regional officials told the news conference the economic and social development of Tibet.

The Chinese central government allocated an accumulative investment of 1.63 trillion yuan (about 253 billion U.S. dollars) in the 70 years, Wu said.

The massive investment is directly linked with the improvement of infrastructure construction and people's livelihoods in Tibet, said Qizhala, chairman of the regional government.

During the seven decades, Tibet has eliminated endemic diseases that had plagued the Tibetan people for centuries, including Kaschin-Beck disease and hydatid disease, said Qizhala.

Multi-tiered systems of healthcare and medical insurance have been established in the region, Qizhala added.

Tibet currently boasts 17,000 beds in 1,642 medical and health institutions, compared with less than 100 beds in only three institutions before 1951, Qizhala noted.

A modern education system covering preschool, basic, vocational, higher, continuing and special education has been basically established in Tibet, Qizhala said. "The rights and interests of people of all ethnic groups in the region have been fully ensured."

According to Qizhala, Tibet currently has 3,195 schools of various types, where 790,000 students are receiving education.

He also noted that a campaign to popularize senior high school education was completed on schedule, and "internet plus education" has reached full coverage of all primary and secondary schools in the region.

Tibet has established a financial assistance system covering all stages of education from preschool to higher education, Qizhala said, adding that the number of students who have received financial aid has surpassed 11 million.

The central and regional governments arranged over 5 billion yuan, which does not include the fund for infrastructure construction, to protect and develop 55 national-level and over 610 regional-level cultural relics, according to Qizhala.

The central government has injected capital into a special fund for the preservation and digitalization of ancient Tibetan books, he said, adding that a set of laws and regulations have been introduced to preserve and study the Tibetan language.

The past 70 years have witnessed remarkable ecological progress in Tibet, which has become one of the regions in the world with the best eco-environment, Wu said.

Efforts have also been made to relocate people from unpopulated areas and areas with very high altitude to areas with relatively good conditions, turning pastures and livestock farms to wild animal habitats, Wu said.

He said that wild animals, especially Tibetan wild donkeys, are now thriving in the region, adding that the population of Tibetan antelopes exceeds 300,000.

For the next five years, investment poured into Tibet will grow with a fairly large margin from the previous period, with focus on ecological development, people's wellbeing, social governance and construction of the border areas, said Qizhala. Enditem