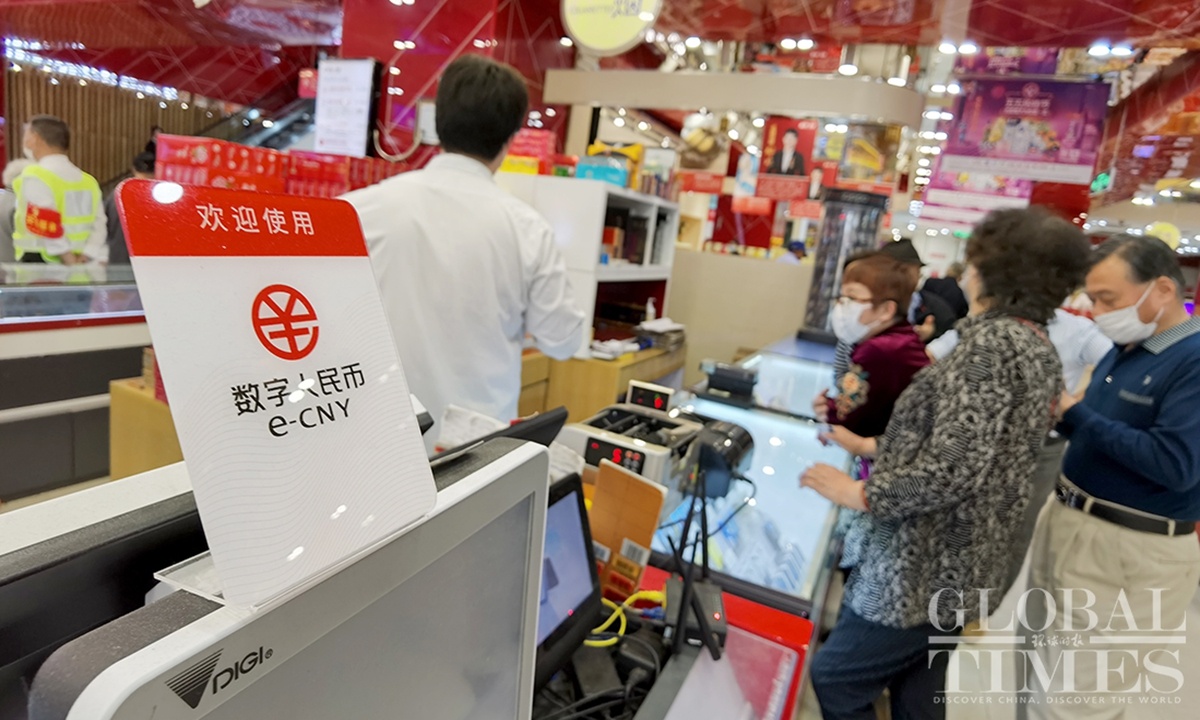 A notice at a shopping mall on Nanjing Road in Shanghai reminding consumers that they can use digital currency. (Photo: Global Times)

Shanghai on Wednesday night released the names of nearly 700 shops that support digital currency pilots, including major commercial circles such as Xintiandi, Yu Garden and Nanjing Road near the Bund. The pilot program aims to pave the way for establishing a digital currency payment environment.

The metropolis is holding a lottery that gives residents the chance to win 350,000 pieces of "red packets," each containing 55 yuan ($8.6) worth of digital yuan. From 9 am on Friday to 12 pm on June 20, Shanghai residents who are lucky enough to win the lottery can use the "red packets" at the listed businesses.

E-yuan payments are available in many businesses including department stores, restaurants, hotels, tourist attractions, vending machines and theaters, according to the Shanghai authorities.

The Global Times reporter noticed that some shopping malls put up notices at their checkout counters reminding consumers they can pay with digital yuan. A cashier who preferred to remain anonymous on Thursday told the Global Times that the pilot program is still in its initial stage and only a few consumers asked how they could use digital yuan.

Besides Shanghai, other cities across the nation are also accelerating the push forward on digital yuan applications. On June 2, Beijing released a total of 200,000 digital red packets, each containing 200 yuan, through a lottery system, to local residents. This time, Beijing, together with Shanghai, will release nearly 550,000 digital red packets worth 60 million yuan in total.