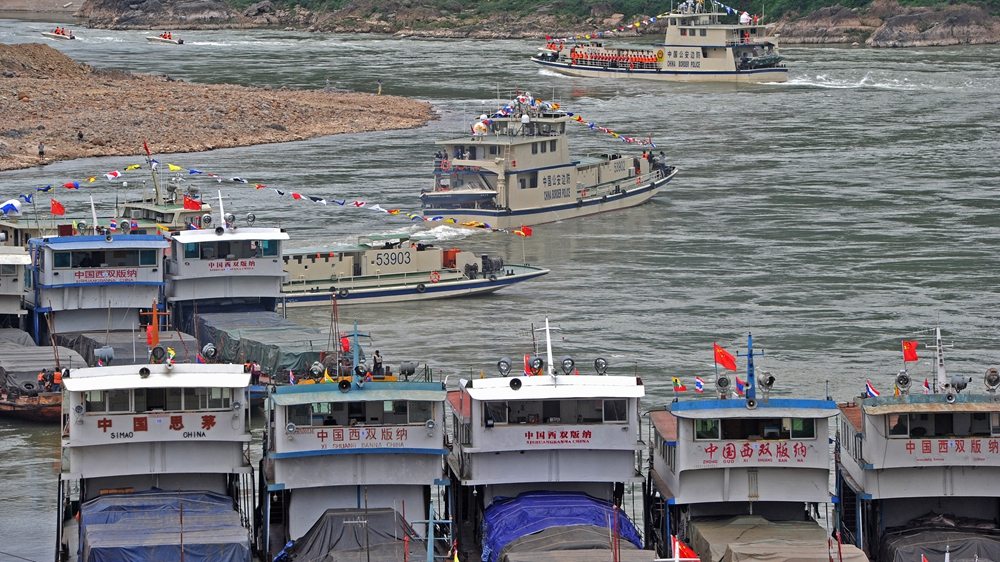 The 71st joint patrol on the Mekong River with law enforcement from China, Laos, Myanmar and Thailand was completed on Friday.

Eight vessels with more than 200 law enforcement personnel on board participated in the patrol, which started on Tuesday.

The patrols targeted drug trafficking along the Mekong River, conducting random inspections of ships in waters near key regions, including the Golden Triangle.

The joint patrols started in December 2011 to tackle concerns after a gang hijacked two cargo ships and killed 13 Chinese sailors in Thai waters on Oct. 5, 2011.

The Mekong River, known as the Lancang River in China, runs through China, Laos, Myanmar, Thailand, Cambodia and Vietnam. It is an important waterway for transnational shipping in the region.