BEIJING, Sept. 2 (Xinhua) -- The Seventh Ministerial Conference of the Forum on China-Africa Cooperation (FOCAC) was held on Sunday in Beijing. 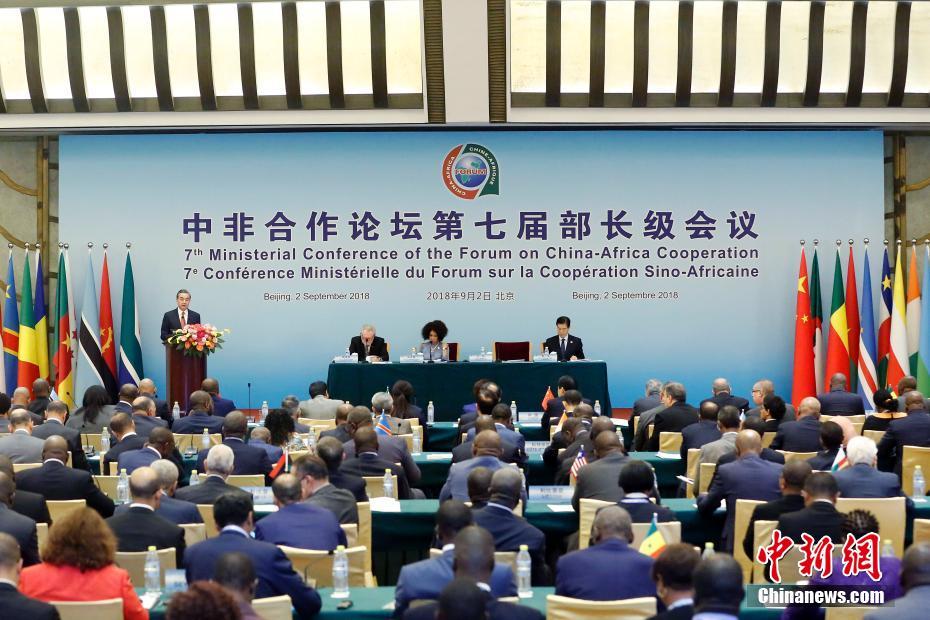 The Seventh Ministerial Conference of the Forum on China-Africa Cooperation (FOCAC) is held in Beijing on Sunday, September 02, 2018. (Photos: Chinanews.com)

This year marks the 18th anniversary of the establishment of FOCAC and the forum has become a model of South-South cooperation and a banner of international cooperation with Africa, Wang said.

During the FOCAC Beijing Summit, President Xi Jinping on behalf of the Chinese government will put forward the specific vision on building a China-Africa community with a shared future, and announce proposals and measures by the Chinese side to strengthen China-Africa cooperation in the future, Wang said, adding that the summit will be a historical one that will enhance China-Africa solidarity and cooperation.

Gambia, Sao Tome and Principe, and Burkina Faso were welcomed and congratulated as new FOCAC members at the meeting.