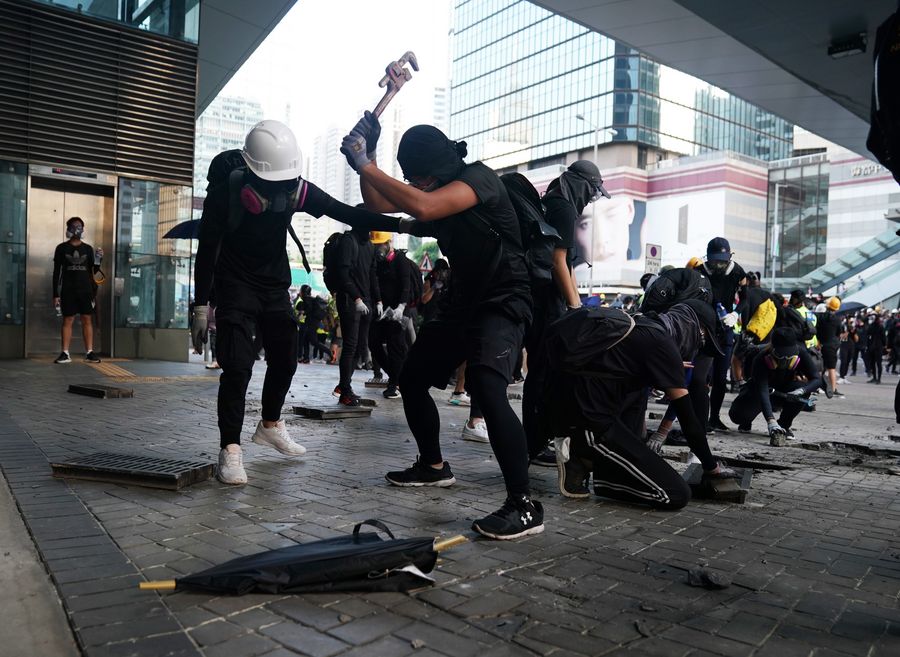 Among these arrested, 204 persons have had their judicial proceedings completed, of which 166 were convicted, bound over or placed under a care or protection order.

The police reminded the public that all illegal acts come with criminal liabilities and warned people not to break the law.

On Tuesday, a large number of illegal demonstrators gathered in the Central of the Hong Kong Island, shouting and blocking roads. The police arrested 53 people over unlawful assembly and participating in an unauthorized assembly.

"Hong Kong cannot bear such chaos," Chief Executive of the Hong Kong Special Administrative Region (HKSAR) Carrie Lam said on Tuesday, adding that if violent incidents and incidents that challenge the nation's sovereignty, security, development and territorial integrity continue to happen in Hong Kong, the effectiveness of the HKSAR government's work will be greatly reduced.

Lam said that everyone should learn from the experience of the past year. It is the common wish of Hong Kong people to have a stable and peaceful environment.

Frank Chan, the HKSAR government's Secretary for Transport and Housing, said that from June 2019 to May 2020, a large number of traffic lights, railings, CCTV cameras, paving for footpath, litter bins and recyclables collection bins had been damaged, with the repair and replacement costs amounting to 66.25 million Hong Kong dollars (about 8.54 million U.S. dollars). (1 U.S. dollar = 7.75 HK dollars)