8 Chinese names approved for features on moon, making 35 in total 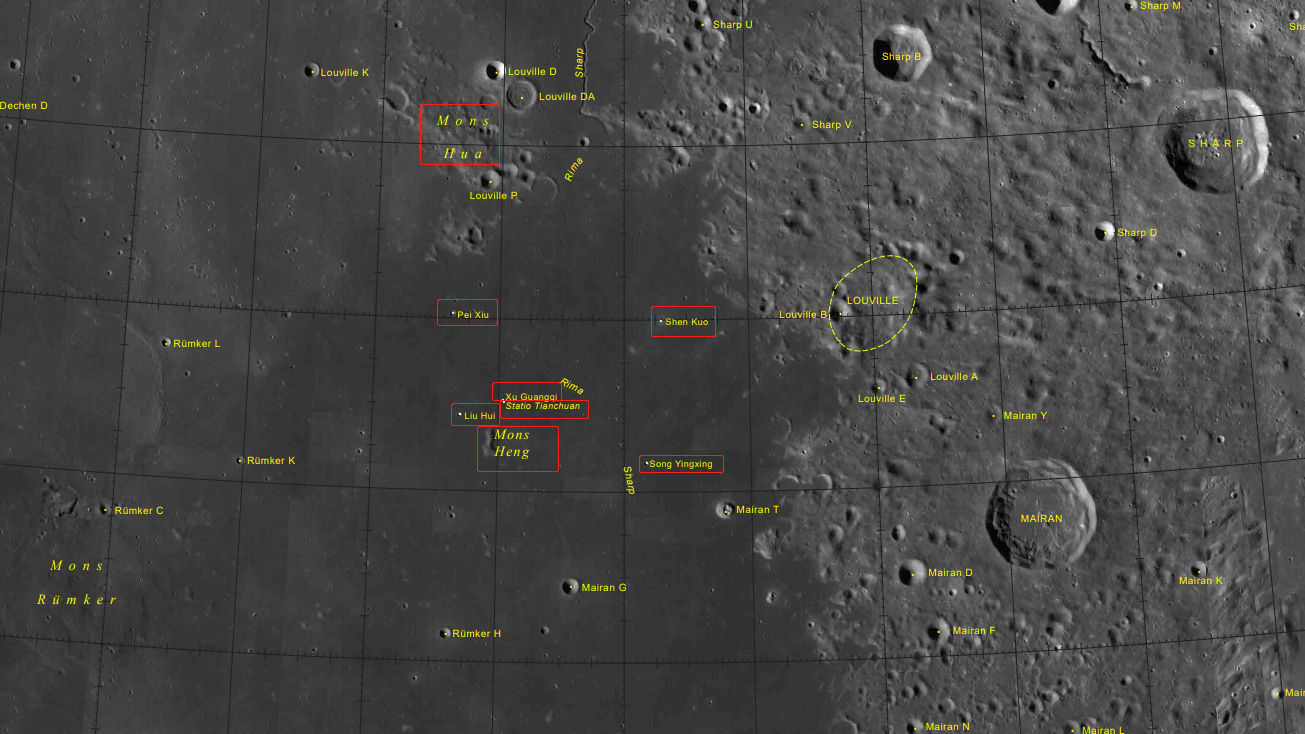 A screenshot of an image of the partial surface of the moon on the IAU website with the eight features with Chinese names marked. (Photo: IAU)

It was China's first attempt to retrieve materials from an extraterrestrial body and also the world's first lunar-sample return in over 40 years.

The names' origins are shown as follows:

Statio Tianchuan – Tianchuan means the ship sailing in the galaxy. According to the IAU naming rules, the landing site name has the prefix of Statio in Latin.

The mission also made several "first times" in Chinese history, including lifting off and entering the orbit on an extraterrestrial body, unmanned rendezvous and docking on moon's orbit, returning Earth with lunar samples, and setting up system for lunar sample storage, analysis and research.