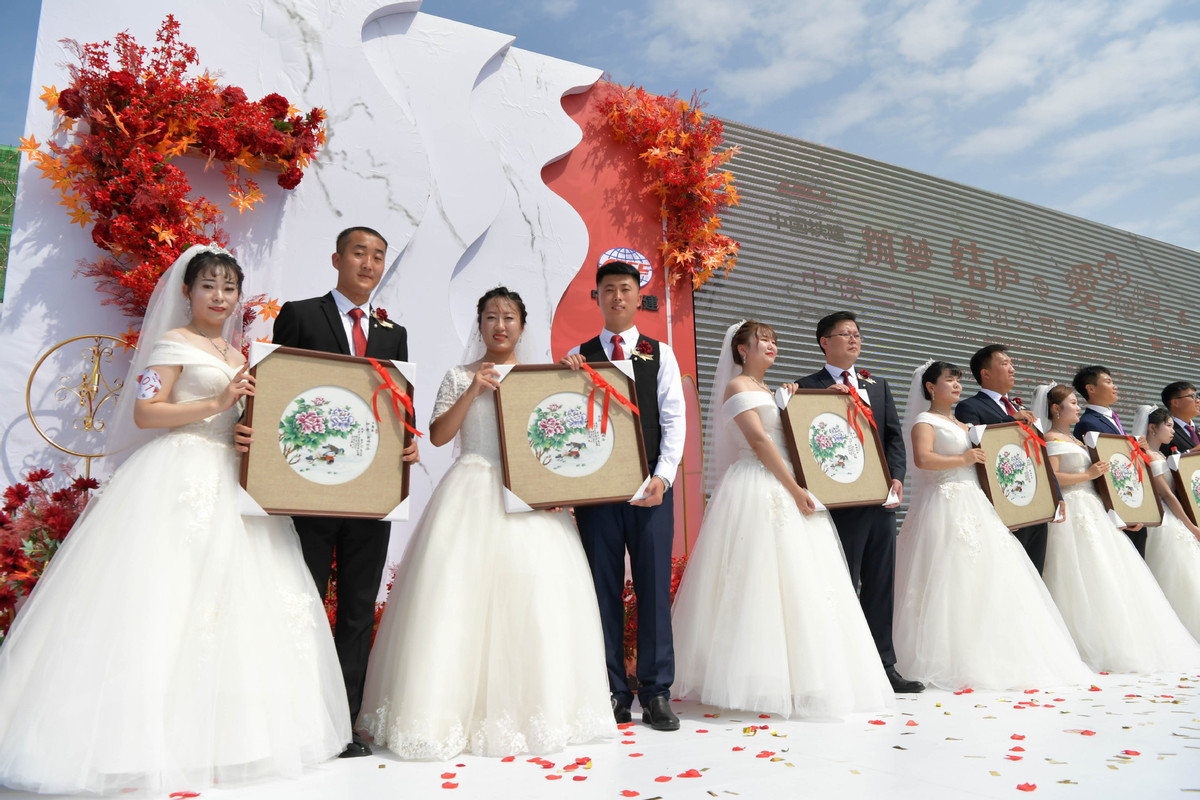 With the COVID-19 pandemic brought under control in China, couples who postponed weddings in the first half of the year rushed to tie the knot during the recent National Day and Mid-Autumn Festival holiday, resulting in a surge in demand for wedding services.

Hunliji, an online wedding services provider, said the eight-day holiday, which ended on Oct 8, was busiest period for weddings since the outbreak began.

It said more than 600,000 couples held wedding ceremonies across China during the holiday, 11.2 percent more than during the seven-day National Day holiday last year.

Liu Yan, a 32-year-old photographer from Xi'an, Shaanxi province, said his nine-member team was worn after shooting 23 wedding ceremonies over the holiday.

"Many couples booked our photography services as early as January, but postponed their weddings due to the pandemic," he said. "We shot seven couples in just one day on Oct 6."

Though that was significantly less than during the National Day holiday last year, Wu said it was a marked improvement on earlier holidays this year, when only a handful of people held wedding banquets due to concerns about the pandemic.

"The hotel's receptions peaked on Oct 4, when about 200 tables of wedding banquets were arranged just in one day," she said. "We also had to refuse many reception reservations over the National Day holiday because we had reached maximum capacity."

She said the boom in bookings may last till the end of this month.